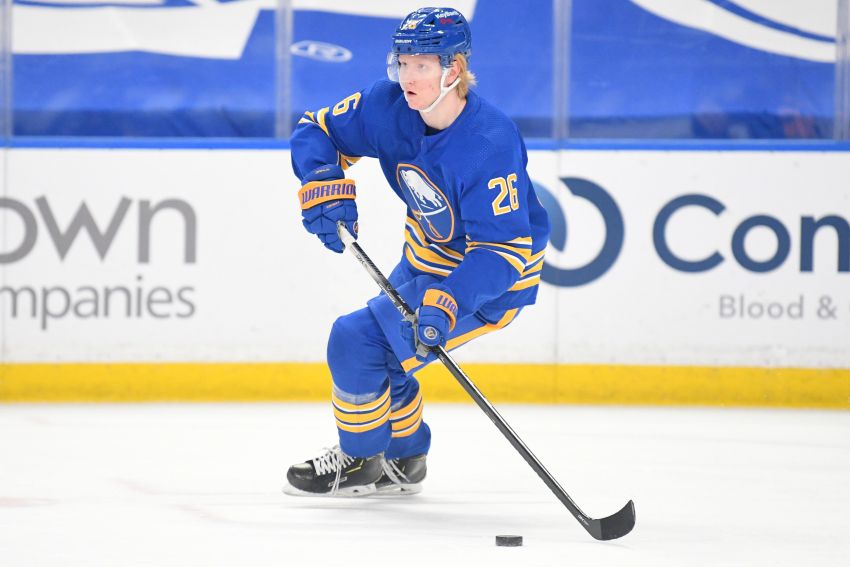 BUFFALO – In the early days of the season, the Sabres’ potent power play carried them, accounting for a whopping 50% of their goals over the first 17 games.

But since that scorching start – the Sabres scored 19 times and converted an NHL-best 36.4% of their chances – they’ve been downright awful, mustering just two power-play goals in 38 tries in the last 21 outings.

That’s just 5.3%, the league’s worst number over that stretch.

“It felt like it was not as in control of it as it should’ve been when you have a power play, and that’s what we’ve lost. It’s a little more random. We are getting chances, but the possession isn’t as consistent as we’d like.”

The absence of captain Jack Eichel, the power-play quarterback, has certainly hurt the Sabres. An upper-body injury has sidelined the center the last 15 games. Opponents have also keyed on winger Victor Olofsson, who hasn’t unleashed his wicked shot from the circle as frequently.

Dahlin, who kept the puck in the zone late in Tuesday’s game before adroitly feeding Mittelstadt, said the power play is at its best when “we’re not thinking.”

“We just go and play (with) our instincts,” he said. “We move the puck quick. We shoot a lot and retrieve the puck quick. You see all the players we have. They’re such a skilled players. We don’t think, we just play. Shoot and try to create scoring chances.”

Granato said the Sabres’ need to focus on other areas during their limited practice time has hurt the power play.

“Unfortunately as a coach and as a team, you have to make a priority list and hit a few of those with the way the schedule is,” he said. “So the power play probably fell victim to us needing to focus on the five-on-five game and the penalty kill probably benefited from that focus on a five-on-five game. That’s just the way it is.”

Dahlin said having the green light from Granato to move the puck and utilize his slick skills makes him “confident.”

Dahlin said he enjoys playing for Granato, who replaced Ralph Krueger on March 17.

“I can’t say anything bad about Donnie,” he said. “I love him as a coach. He’s a great one. He’s such a smart (person). He knows hockey very well. I mean, we do all the things he says, and it works. He makes all the players very confident. Yeah, he’s doing something special. I can’t really point to what it is.”

The Sabres have won two straight games and have points in five straight after an 18-game winless streak.

“When you lose that many games in a row, there has to be a point where everyone is saying like, ‘(Screw) it. We’ve got to start playing better and start winning games,’” Sabres defenseman Rasmus Ristolainen said. “Lately, it’s been better and there’s still a lot of games left and still a lot of room for improvement.”

Granato said he has kept tabs over the years on Sabres prospect Linus Weissbach, who signed a two-year, entry-level contract Tuesday.

Weissbach, a winger the Sabres drafted in the seventh round in 2017, 192nd overall, just finished his senior season at Wisconsin.

The Swede was a Wisconsin recruit when Granato was an associate coach under his brother, Tony, with the Badgers in 2016-17.

“Good kid, excited that he signed with us and he was a fun prospect back then,” Granato said.

The Sabres on Wednesday sent defenseman Brandon Davidson and forward C.J. Smith from the taxi squad to the Rochester Americans. They played in the Amerks’ home game hours later against the Syracuse Crunch.