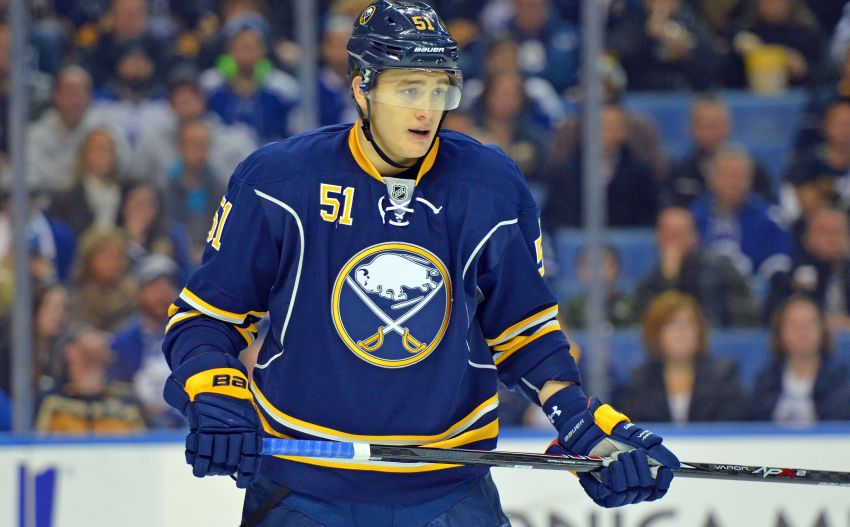 Tonight’s tilt against the San Jose Sharks will be Zadorov’s ninth game. His contract activates with a 10th appearance.

The Sabres were essentially stashing him because he needed a release from his Russian club to return to junior. But with nothing to lose, Nolan inserted him Nov. 2.

He hasn’t left the lineup since.

Zadorov and 20-year-old Rasmus Ristolainen, a youngster the Sabres drafted eight spots earlier two years ago, have formed a steady duo. In Thursday’s 6-3 loss in Minnesota, they combined for a plus-5 rating.

The Sabres have beaten the Sharks, one of the NHL’s top teams for years, seven straight times. They won 2-1 on Oct. 25 in San Jose.

Nolan said the Sabres will use the same lineup tonight that beat Toronto 6-2 on Saturday. Goalie Michal Neuvirth will start.