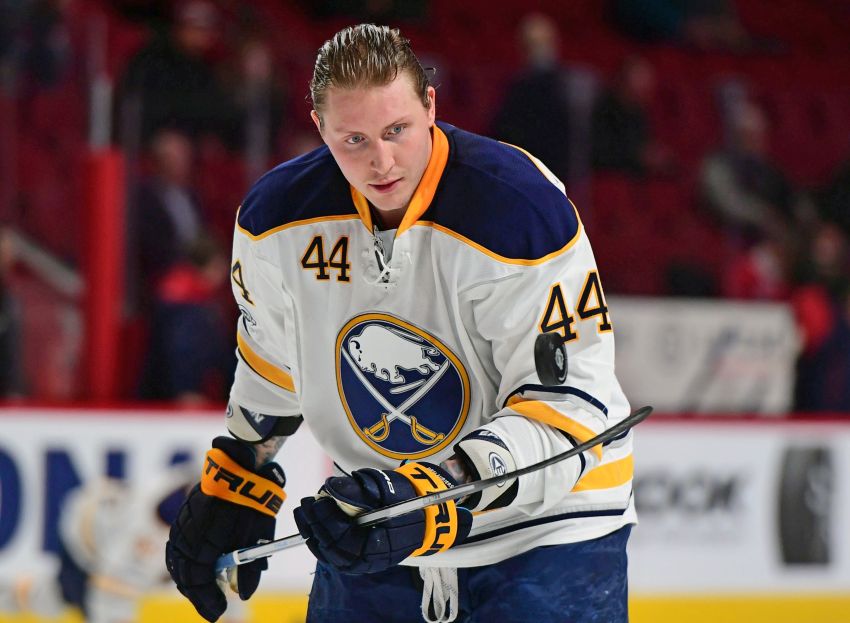 BUFFALO – Winger Nick Deslauriers’ four-year career with the Sabres is over.

The Sabres traded Deslauriers to the Montreal Canadiens on Wednesday for defenseman Zach Redmond.

The Sabres then sent Redmond, 29, to the Rochester Americans. The Canadiens meanwhile, assigned Deslauriers, 26, to the Laval Rocket, their AHL affiliate.

The 6-foot-2, 212-pound Redmond has nine goals, 38 points and 48 penalty minutes in 130 career NHL games with the Canadiens, Winnipeg Jets and Colorado Avalanche.

The Sabres waived Deslauriers last week and sent him to the AHL. The popular Deslauriers, the Sabres’ top fighter for years, has 12 goals, 30 points and 186 penalty minutes in 211 NHL games.

The Sabres open the season tonight against the Canadiens at KeyBank Center.

General manger Jason Botterill said Wednesday the Sabres “will not be naming a captain to start the season off.”

“We’re very comfortable with the leadership group,” he said.

Sabres coach Phil Housley said earlier Wednesday the captaincy would be evaluated later in the day.

“We might have something tomorrow, but obviously we’re going to have to have captains tomorrow in our lineup,” he said.

Players will be wearing letters, perhaps on a temporary basis.

Gorges was never a healthy scratch in his first three seasons with the Sabres, who revamped their blue line in the offseason, adding more speed.

“He’s in a position right now where he’s got to focus on practices until he gets his opportunity,” Housley said of Gorges. “He’s an experienced guy and a veteran guy that knows how to play, and when his opportunity comes, make the best of it.”

Sabres defenseman Zach Bogosian, out since suffering a lower-body injury in Friday’s preseason finale, hasn’t been practicing and is likely out tonight.

“Really good encouraging things you hear from our athletic trainer,” he said.

One thought on “Sabres notes: Nick Deslauriers traded to Canadiens for Zach Redmond”