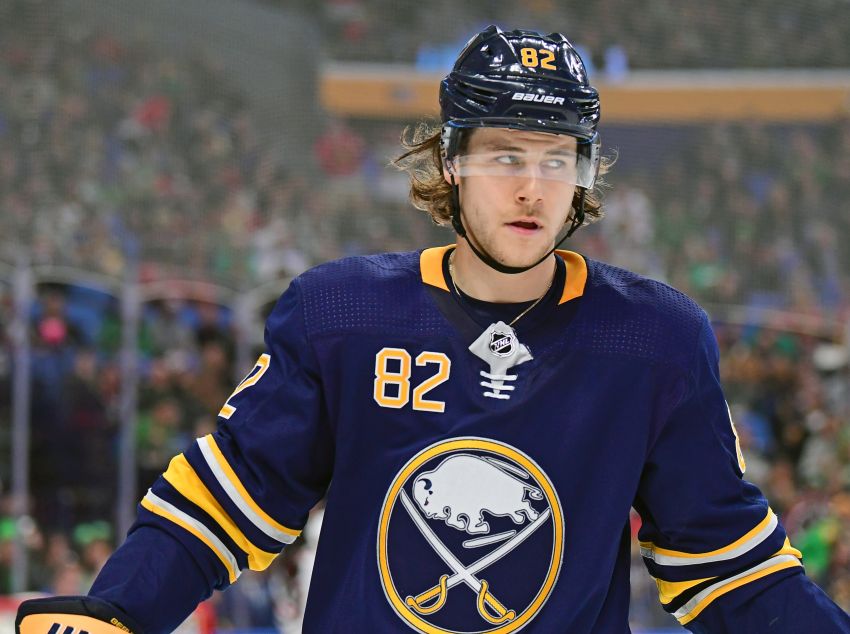 BUFFALO – In his NHL career, Sabres defenseman Nathan Beaulieu has fought 12 times, or an average of once every 23 games.

Speed and other skills, of course, helped Beaulieu reach the big leagues. Still, he believes fighting is a vital part of his repertoire.

“I’m a big believer in fighting in hockey,” Beaulieu said prior to recording an assist in Saturday afternoon’s 5-3 win against the Chicago Blackhawks. “I feel like there’s a place for it and I feel like there’s a lot guys that are in the league that they should be because of it.

“It’s an intense part of the job that not a lot of guys like doing, but it’s just part of my DNA. I like sticking up for my teammates.”

Beaulieu, 25, fought for his teammates Thursday, challenging Toronto’s Matt Martin with the Sabres down two goals early in their 5-2 loss.

Battling one of the league’s toughest customers sparked the Sabres, who got back in the tilt.

“It was really courageous what he did,” Sabres coach Phil Housley said inside KeyBank Center. “He stepped up, tried to provide our team with energy.”

But 52 games into his Sabres career, Thursday’s fight might be Beaulieu’s greatest highlight. The former first-round pick has endured a rough season.

Housley awarded Beaulieu a spot beside No. 1 defenseman Rasmus Ristolainen on opening night. But he struggled and quickly lost it. An injury and two illnesses have also sidelined Beaulieu.

“He’s had a tough year,” Housley said. “Starting he was put in responsibility early and things didn’t work out for him early on. I think his confidence was lacking and then the injuries mounted. So he never really had any rhythm.”

Perhaps that’s why Beaulieu has fought a career-high four times this season, according to hockeyfights.com. Since he hasn’t provided offense – he has one goal, eight points and a minus-19 rating – he’s probably trying to contribute in other ways.

“I don’t go looking for it all that often, but when I feel like there’s a time and a place for it and there’s a willing opponent, it sometimes just gets you involved,” Beaulieu said. “If you’re not playing well, it gets the team more involved, gets the fans involved. I feel like it’s a big aspect of the game. …

“I’m not a fighter, but if there’s something that needs to be done, I’m not afraid to do it.”

Lately, Housley said, Beaulieu has been “finding his game.”

Six poor months hasn’t sapped much of Beaulieu’s confidence. He has often been critical of his own game, saying he knows he can be better, something he repeated Saturday.

Sabres center Jacob Josefson missed the game with a lower-body injury and is week-to-week, Housley said.

Notes: Sabres winger Zemgus Girgensons left the game early and didn’t return. Housley had no update. … After scoring Saturday, center Ryan O’Reilly has hit the 20-goal mark in all three of his seasons with the Sabres. Winger Sam Reinhart, meanwhile, has eclipsed the 40-point mark in his three NHL campaigns. With one goal and three points Saturday, Reinhart has compiled 12 goals and 29 points in the last 27 contests. … Sabres goalie Chad Johnson made 37 saves. Recent recall Linus Ullmark backed him up, meaning Robin Lehner, the starter all season, was scratched.