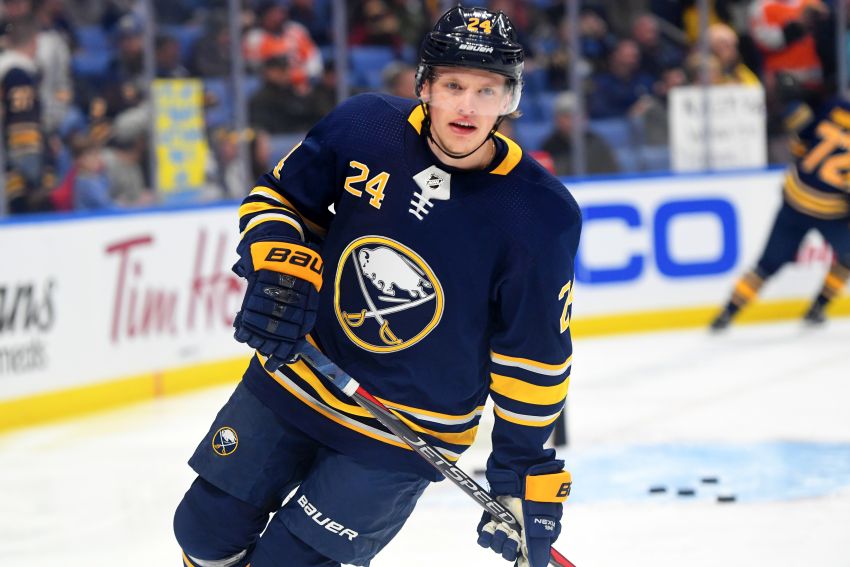 The Sabres recalled Pilut, the AHL’s leading scorer, for insurance before sending him back late Friday. With Marco Scandella battling a lower-body injury, they wanted to have an extra defenseman.

The Sabres have also been winning, so coach Phil Housley hasn’t tinkered much with his lineup.

So Pilut, 22, sat out Friday afternoon’s 3-2 overtime win against the Montreal Canadiens inside KeyBank Center as a healthy scratch, the second game the rookie watched after being summoned Wednesday.

“You can see how the guys approach practice, how they approach games … just the day-to-day routines,” Housley said of what Pilut can learn.

The slick Swede has performed dynamically in his first 15 AHL games, compiling 22 points with the Rochester Americans. His 19 assists also led the league as of Friday afternoon.

At his current pace, the 5-foot-11, 180-pound Pilut would score a whopping 107 points, the AHL’s highest total ever by a defenseman.

“I felt good,” said Pilut, who has been quarterbacking the Amerks’ power play. “I had a good feeling coming into the season. It feels like I’ve been playing good down in Rochester. Everybody’s been so good to me down there.”

Housley said Pilut’s “overall 200-foot game” with the Amerks has impressed him.

“He’s making really good reads in the D-zone,” Housley said. “He knows when to jump in the rush, his timing’s really good and he’s contributing offensively because of that. … He’s getting power-play time, he’s playing in all situations. He’s in a good area where his development is now.”

That breakout campaign attracted the interest of the Sabres.

“My dream is to play in the NHL,” Pilut said. “Hopefully one day it will come.”