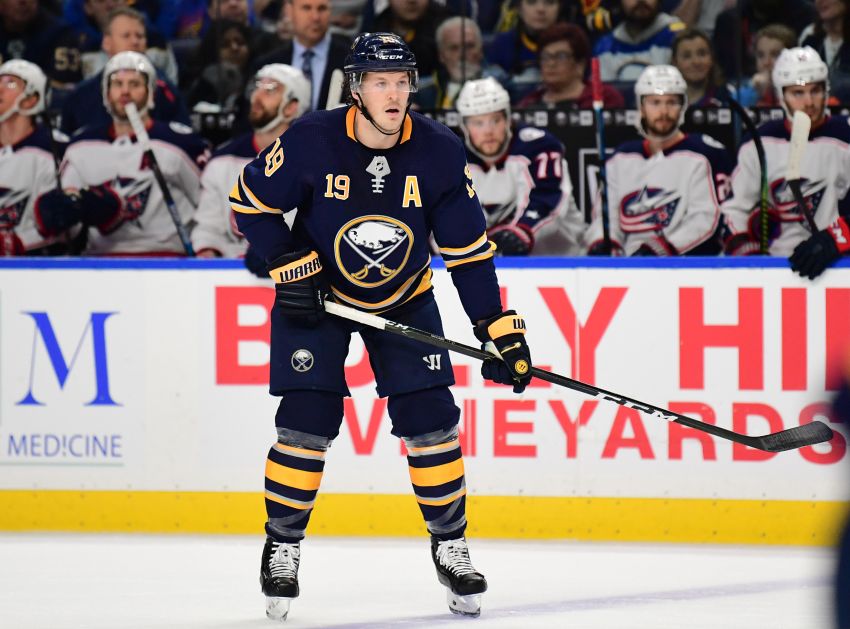 Did it help? Well, no. The Columbus Jackets throttled the Sabres 4-0 inside KeyBank Center.

McCabe, 25, is perhaps the Sabres’ most versatile defenseman. He also showcases an edge the reeling team has sorely lacked.

McCabe, who sported an ‘A’ as an alternate captain, skated 20 minutes, 45 seconds Sunday, mostly beside Brandon Montour.

“It’s never easy sitting in the press box watching your buddies battle this last month,” McCabe said. “I was really anxious to get back out there.”

The Sabres made one change up front, inserting Evan Rodrigues for Jason Pominville. An upper-body injury sidelined Rodrigues two games.

On Jan. 30 in Dallas, Pominville, 36, was a healthy scratch for the first time since late in 2005-06, his rookie season. Pominville has been scratched three times in the last eight contests and six times this year.

While Skinner has scored 37 goals in 79 games this season, he has only mustered one in the last 22 outings.

If Skinner, 27, scores again, he will become the third player in franchise history to hit the 38-goal mark in his first season with the Sabres, joining Gilbert Perreault (1970-71) and Ray Sheppard (1987-88).

Clendening, 26, has spent the bulk of the season with Columbus’ AHL affiliate, the Cleveland Monsters, scoring four goals and 35 points in 42 games.

The defenseman has zero points in four games with the Blue Jackets this year. They recalled him again Saturday.

Since turning pro in 2012, Clendening has played for eight organizations. He also returned to the team that drafted him, the Chicago Blackhawks, last season.

Clendening has been one of the AHL’s highest-scoring defensemen over the last seven years, compiling 32 goals and 196 points in 303 games.

“It wasn’t so much Nylander,” Housley said. “I thought his linemates weren’t feeling it tonight. Obviously, I thought the other lines were going.”