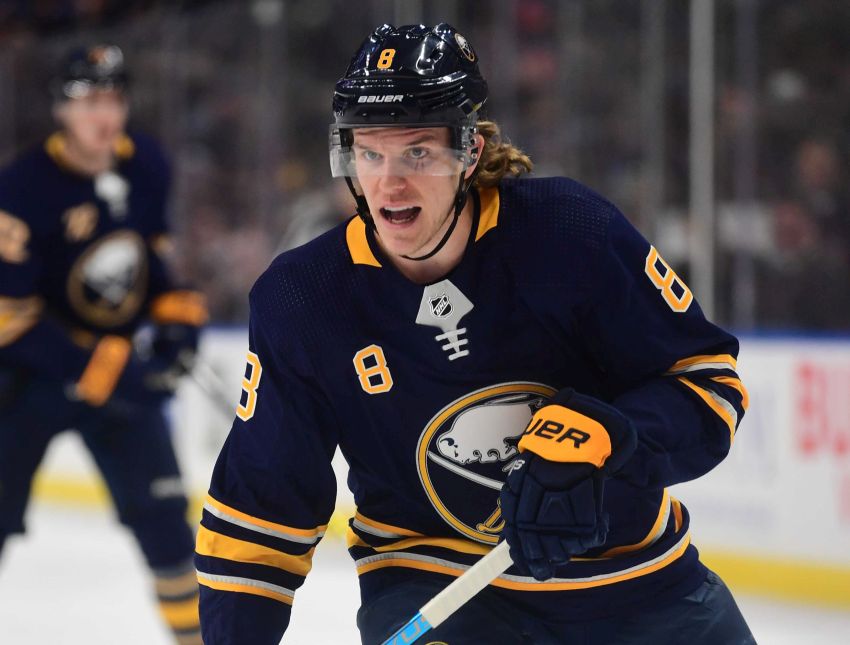 The defenseman spent about seven weeks recovering and rehabbing before waiting another six weeks for an opportunity to play NHL games.

Nelson, who dressed for 22 of the Sabres’ first 29 contests, began practicing again in late January and completed a five-game AHL conditioning assignment with the Rochester Americans on Feb. 17.

Upon returning to the Sabres, Nelson sat out eight straight games as a healthy scratch.

“I’m just waiting for an opportunity,” Nelson said prior to Monday’s 4-3 loss to the Edmonton Oilers inside KeyBank Center.

With defenseman Matt Hunwick in for Jake McCabe, who’s sidelined five to six weeks with an upper-body injury, Nelson, 26, was the team’s only spare defenseman.

But Sabres coach Phil Housley hinted Monday morning that Nelson, who skated as an extra beside forward Vladimir Sobotka before the game, might finally return.

Zach Bogosian couldn’t play because of a lower-body injury, so Nelson moved into the lineup. Bogosian is day-to-day, according to the team.

The Sabres are in a three-month rut. They went 12-6-4 with Nelson in the lineup earlier this season.

So why didn’t Nelson, a right-handed shot, play earlier?

Having won the award named after Ted Lindsay twice, Connor McDavid said he “had the honor” of meeting one of hockey’s all-time legendary figures, who passed away Monday at age 93.

On the ice, Lindsay, nicknamed “Terrible Ted,” was a Hall of Famer and one of the fiercest competitors in NHL history. Off it, he fought for the players.

“We all grew up playing this game, loving this game and kind of want to see how this game got to where it is today,” McDavid said prior to the game. “He’s obviously somebody that’s played a huge role in basically starting the PA and giving the players a voice. It’s pretty special what he’s done for the players.”

McDavid then mentioned he read Monday morning Lindsay refused to attend his Hall of Fame induction in 1966 because wives and families weren’t invited to the ceremony.

The Sabres honored Lindsay with a moment of silence before the game.

Keith Gretzky, Edmonton’s interim general manager, was a third-round pick by the Sabres in 1985, 56th overall. Gretzky, Wayne’s brother, spent parts of two seasons in the AHL with the Rochester Americans.