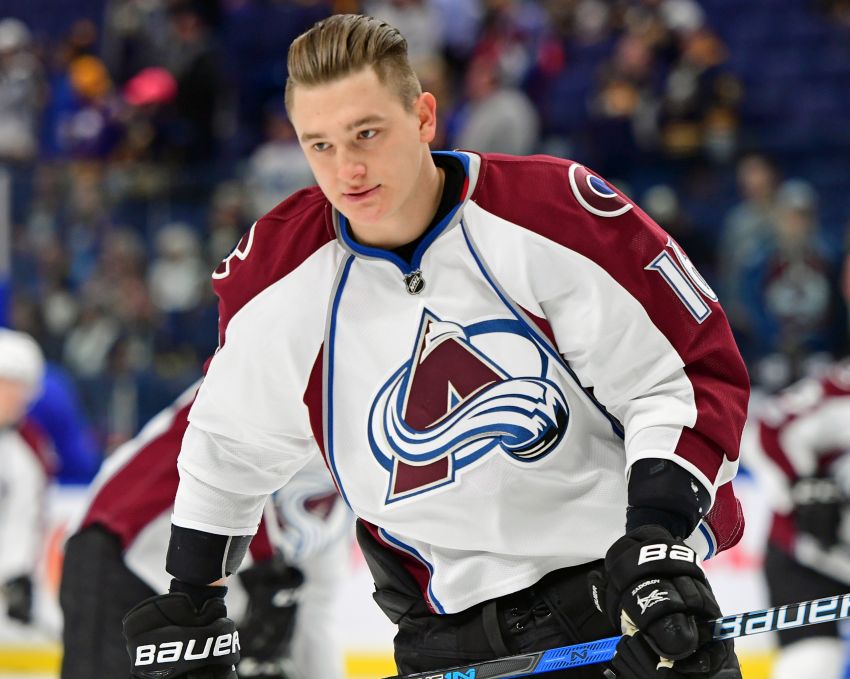 Yes, the Thrashers were terrible even by low expansion standards, earning only 39 points. But it was their first year. What can you expect?

The Sabres mustered 52 and 54 points because they fielded weak teams and sold off their best assets to secure a higher draft position. They tanked.

So what the heck is the matter with the hapless Colorado Avalanche, who lost 2-0 to the Sabres on Thursday at KeyBank Center and have an NHL-low 32 points under new coach Jared Bednar?

At its current pace, the 15-38-2 Avalanche would earn a stunning 48 points, the league’s lowest total since the first-year Thrashers.

The Avalanche had 82 points last season and didn’t lose any of its best players.

This season, the once-proud franchise has become a tomato can.

Entering Thursday, the league’s worst team ranked 30th in points, goals scored, goals against and goal differential, which was an absurd -73.

“Surprising,” said Sabres center Ryan O’Reilly of his former team’s struggles. “You look at a lot of great players over there. I guess a lot of bad bounces. I haven’t been watching them too much. Seeing them that low in the standings, it’s surprising.”

O’Reilly, who played with Colorado six seasons, was being kind. Bad bounces?

“This is a team that’s very, very scary and dangerous to me to look past and look at maybe where they’re at in the standings,” Sabres coach Dan Bylsma said. “They have outstanding players – Matt Duchene, Landeskog, McKinnon. These are very good players, dangerous players.

O’Reilly would look pretty good with Colorado, wouldn’t he? The 2015 blockbuster trade that brought one of the league’s top all-around forwards to Buffalo has paid virtually no dividends for the Avalanche.

Forward Mikhail Grigorenko, the 12th overall pick by Buffalo in 2012, has six goals and 18 points this season. Defenseman Nikita Zadorov, the 16th pick in 2013, has zero goals and 10 points. The Russian is one of eight Avalanche players with a minus-18 rating or worse.

Former Sabres forward prospect J.T. Compher, another piece of the deal, is in the AHL.

Winger Evander Kane, the Sabres’ hottest player, returned against the Avalanche after the flu sidelined him for Tuesday’s 3-2 win in Ottawa.

Kane skated beside center Jack Eichel and Sam Reinhart, his regular linemates. Winger Matt Moulson, who subbed for Kane, moved down the lineup beside center Derek Grant and Tyler Ennis.

Sabres defenseman Cody Franson, out the last four games with a bruised left foot, skated with his teammates Thursday morning, his second straight day on the ice.

Franson said he could return Saturday or Sunday. The Sabres originally said Franson would miss two or three weeks.

Franson said he blocked a shot in the first period of last Thursday’s 4-2 loss to Anaheim.

“It just hit me in the right spot,” he said.

Franson, however, stayed in the game but didn’t unlace his skates during the intermissions for fear the ankle would swell up.

“Our medical staff put together a good plan to try to heal this thing as quickly as possible,” Franson said. “Fortunately, my foot took.”

Meanwhile, Bylsma said center Zemgus Girgensons, out five games with an “internal mid-body injury,” has skated two straight days but hasn’t been cleared for contact yet.

Captain Brian Gionta, an unrestricted free agent following the season, said earlier this week he would like to stay with the Sabres past the March 1 trade deadline.

“I believe in the team here, what we are working toward, and I want to be a part of that, turning this around,” Gionta said Thursday.

Gionta, 38, could be coveted as a rental player. The Greece native won a Stanley Cup in 2003 and still possesses speed and a scoring touch.

The three-year, $12.75 million contract Gionta signed in 2014 includes a list of five teams Gionta can be traded to. Gionta said he hasn’t spoken to general manager Tim Murray about his future.

With the deadline approaching, 28 scouts representing 18 teams were listed on the press box seating chart. Six clubs had more than one scout watching.