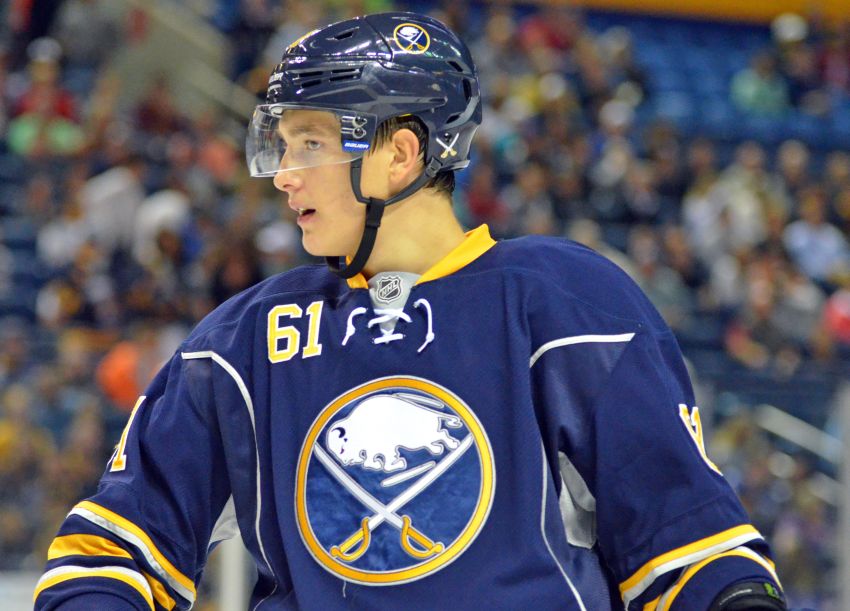 BUFFALO – Get ready to see the sixth rookie skate for the Sabres this season.

The 18-year-old Zadorov, out since hurting his finger during the preseason finale, has been practicing with the Sabres.

“He’s getting there,” Rolston said about Zadorov’s recovery following practice today inside the First Niagara Center.

When will Zadorov, who skated beside Jamie McBain today, play?

The 1-7-1 Sabres host Colorado on Saturday.

When the Sabres signed Zadorov to a three-year, entry-level deal last month, general manager Darcy Regier said he would likely be sent back to the Ontario Hockey League’s London Knights.

Zadorov was one of the youngsters Rolston called to center ice at the end of practice for a “rookie dance-off.” Yes, the struggling Sabres had their rookies dance on skates with the rest of the team surrounding them.

Players showcased all sorts of odd moves while jumping and spinning.

“Get a little energy going and have some fun, a rookie dance-off,” Rolston said.

Zemgus Girgensons and Johan Larsson made it to the “final.”

“I thought Girgensons won it,” Sabres winger Tyler Ennis said. “I think he was moving pretty good out there, looked a little bit like Miley Cyrus.”

“Twerking on skates, that’ll be the first time,” Ennis said.

Meanwhile, Girgensons practiced fully today sporting a full plastic shield and will return Saturday, Rolston said. The rookie winger missed one game after taking a puck off the face Tuesday.