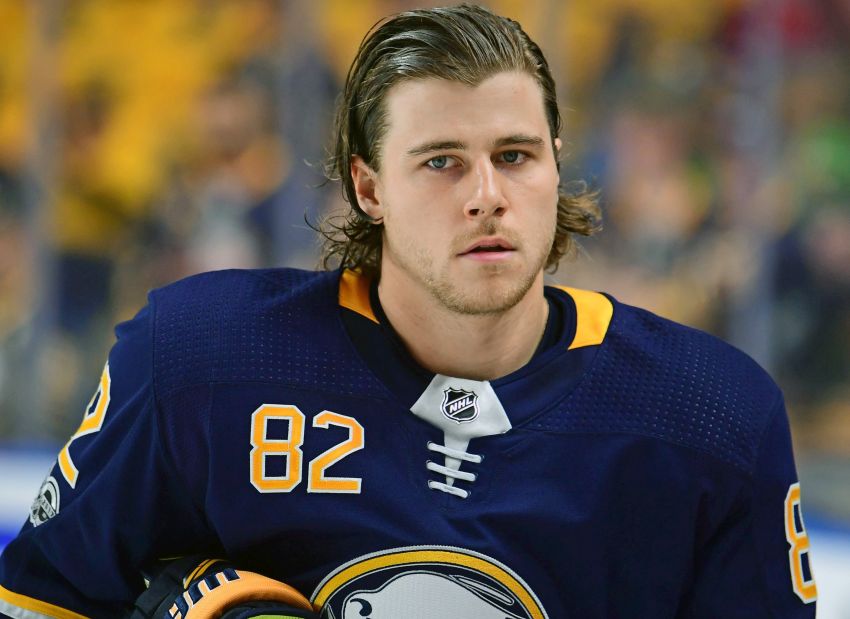 BUFFALO – By the 12-minute mark of the second period, with the New Jersey Devils throttling the Sabres and a huge gaffe fresh in his mind, defenseman Nathan Beaulieu figured he better do something notable.

“I was obviously frustrated with the way it was going and just trying to find a spark,” Beaulieu said Monday afternoon following the Sabres’ embarrassing 6-2 loss. “It was something that I thought was needed by our team.”

Did it work? Well, not exactly. The Devils scored two more goals before the period ended inside KeyBank Center.

On Monday, Taylor Hall pressured Beaulieu into coughing up the puck deep in his own zone. Seconds later, Marcus Johansson scored, making it 4-1 just 7:49 into the second period. In Saturday’s 6-3 loss in New York, Beaulieu blindly passed the puck back into his own zone, leading to one of the Islanders’ short-handed goals.

“Those plays where you turn the puck over into the back of your net, it just can’t happen,” Beaulieu said. “The good thing is that it’s three games into the season and no one is going to panic. We’ve got a big trip coming up and that’s all we can do.”

Not surprisingly, Housley took Beaulieu off the No. 1 pair and put him beside Matt Tennyson late Monday.

Has Beaulieu lost his confidence?

“I wouldn’t say so,” he said. “I just feel like I need to be better. You have a good first period, you come out, you make a dumb play and it ends up in the back of your net. It’s just those little plays that get yourself in trouble. It’s no excuse, I’ve just got to be better.”

“I feel for Nate right now because I’ve been in his position as a player where it’s tough, it’s mentally tough,” he said. “You make some mistakes in a game, back-to-back games, and especially at home it’s very hard to fight through if you’ve been in his shoes.

Beaulieu ended Monday a minus-2 and skated 18 minutes, 19 seconds.

The Rochester Americans, the Sabres’ AHL affiliate, have invited former Buffalo captain Brian Gionta, 38, to practice with them for an “extended period of time in preparation for international play,” according to the team.

That means Olympics. Gionta, who’s from the Rochester suburb of Greece, is a strong candidate to represent Team USA at the upcoming Pyeongchang Games.

“We were recently approached by Brian and his agent about him practicing regularly with Rochester as he prepares for international competition,” Amerks general manager Randy Sexton said in a statement. “While Brian’s role with the team will be limited to practicing only, we feel this can be a real win-win situation for both he and the Amerks organization.”

Gionta, who wasn’t re-signed by the Sabres after last season, is set to start practicing today.

Sabres goalie Chad Johnson, who relieved Robin Lehner halfway through Saturday’s loss, lasted 40 minutes in his first start this season, stopping only 16 of the 22 shots he faced.

Of course, the backup had little help from his teammates.

“The goaltending’s been pretty solid,” Housley said. “The two-on-ones, the odd-man rushes, we got to clean that up, because at times in the game we’re leaving hanging (them) out to dry out there.”