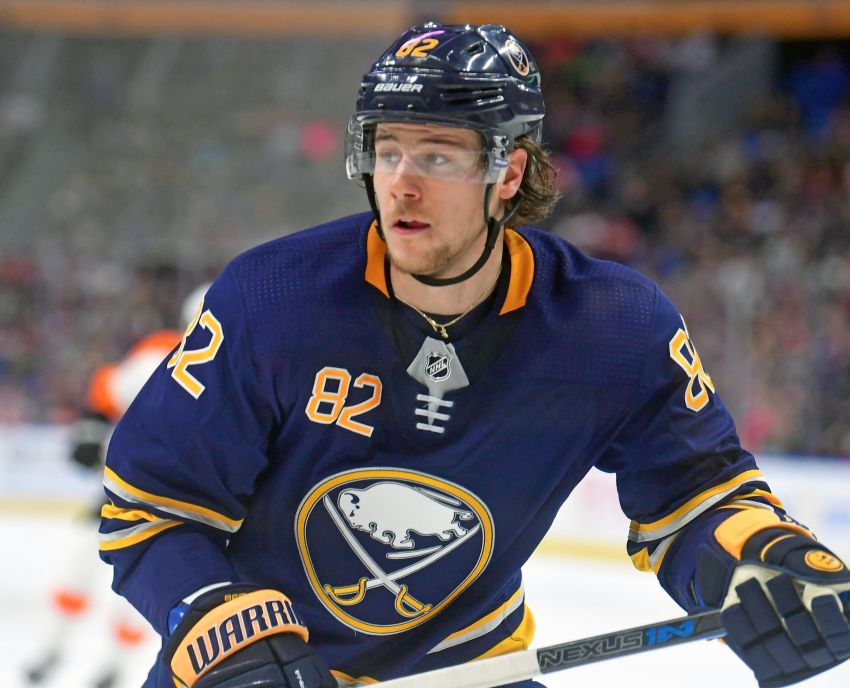 BUFFALO – Nathan Beaulieu has never experienced a season as difficult as this one. In less than four months, injuries and illnesses have already sidelined the Sabres defenseman four times.

“Mentally and physically, it’s both challenging, but you got to find positives,” Beaulieu said prior to Thursday’s 4-2 loss to the Florida Panthers inside KeyBank Center. “I’d rather deal with it now than later on in my career.”

The affable Beaulieu, 25, has remained positive throughout his first season here. Still, it hasn’t been easy. He missed his fourth straight game Thursday and 18th overall.

When Beaulieu has played, he often looks nothing like the youngster who compiled a career-high 28 points last season. In his 33 appearances, the former first-round pick has compiled one goal, four points and an ugly minus-14 rating.

“It’s been rocky,” Beaulieu said of his play. “I still know what I’m capable of. I still believe in myself, which is the biggest thing. Once I get back out there and bring some games together, not a doubt in my mind I’ll be back to playing Nathan Beaulieu hockey.”

The Sabres envisioned a slick, puck-moving defenseman capable of playing big minutes when they traded a third-round pick to the Montreal Canadiens for Beaulieu in June.

Beaulieu performed so well during training camp Sabres coach Phil Housley awarded him a spot on the No. 1 pair beside Rasmus Ristolainen opening night.

“I had a great camp coming off a great summer, a clean bill of health,” Beaulieu said. “I didn’t get off to the start that I wanted to, I didn’t adjust right away, which is frustrating.”

Beaulieu’s season started going off the rails Oct. 17, when he suffered an upper-body injury. After missing seven games, he returned before a bad case of the flu sidelined him five games in December.

“You got to look at the big picture,” Beaulieu said. “It’s tough, my first injury, OK, there’s still 60 games left, and then you miss 10 days and you lose 10 pounds, and you go, ‘OK, there’s still 50 games left.’ Then you get another injury and it’s pushing 30 games. It’s really tough.”

The flu forced Beaulieu out of two more games two weeks ago. Then just minutes into his return Jan. 22 in Calgary, he suffered an upper-body injury when he hit his head on the ice fighting Flames forward Curtis Lazar.

Beaulieu has been practicing and hopes he can play in the coming days.

“The way his season’s gone and injuries that he’s faced, I think trying to ease him back into the lineup at the right time is going to be important,” Housley said. “When he does get back in the lineup, he’s got to make the most of his opportunity.”

The rough start to his Sabres career hasn’t shaken Beaulieu’s confidence – “I haven’t doubted myself once in my mind,” he said – a bit.

“I know what I can do in this league,” he said. “Obviously, it’s been frustrating. I haven’t fully been able to showcase that, but hopefully when I’m nearing feeling back to myself, that I can really take a big step forward, because I know what I’m definitely capable of.”