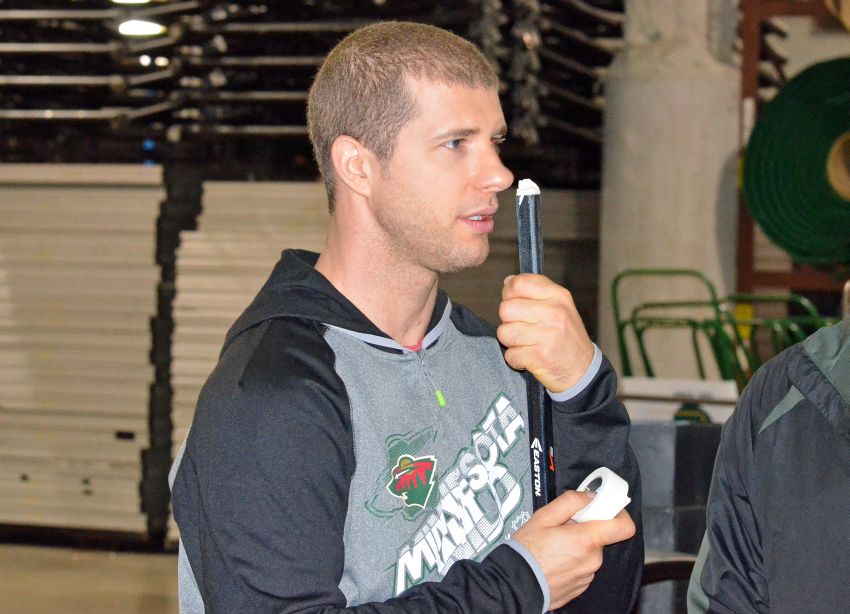 With Tallinder (upper body) back from injured reserve, either rookie Rasmus Ristolainen or Alexander Sulzer, the spare defenders this morning, will be sent to Rochester, Sabres coach Ron Rolston said.

Update: Sulzer has been assigned to the AHL.

In other lineup news, defenseman Mike Weber, a healthy scratch for Saturday’s 2-1 loss in Chicago, will return. He skated beside Jamie McBain inside the First Niagara Center. Tallinder was back beside Tyler Myers. Kevin Porter will replace tough guy John Scott up front.

Tonight, or course, is all about Pominville’s return. The 30-year-old was arguably the Sabres’ best player for years before they dished him for draft picks and prospects on April 3.

Naturally, playing against their old teammate will be an odd experience for some Sabres.

“Who?” Sabres winger Thomas Vanek joked when asked about playing his close friend. “I think we’re used to it. I’ve been here for a while. I’ve seen a lot of teammates leave. Obviously, I think for him it’ll be more weird.”

Tallinder said he “almost kept walking the corridor to this locker room” when he played here with New Jersey in 2010.

“It’s already back to business,” the winger said. “He was such a huge part of this organization.”