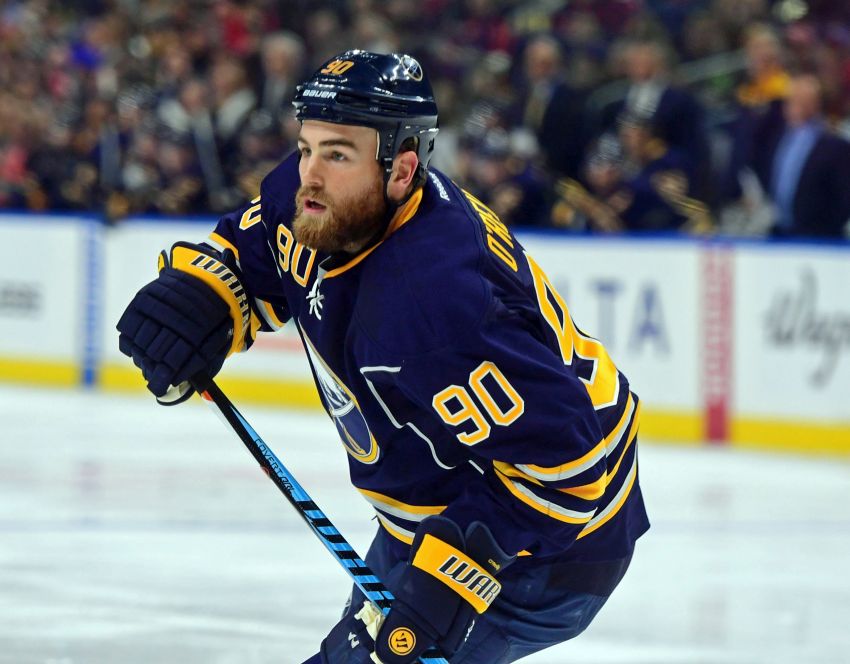 BUFFALO – Ryan O’Reilly started rattling off some of the good things the struggling Sabres have recently accomplished within their losses.

“There’s little things in every game that we’re doing well,” the center said Friday after the Sabres prepared for this afternoon’s tilt against the Florida Panthers inside KeyBank Center. “But it’s just our consistency with it.”

The Sabres played their most consistent contest Oct. 20 in Vancouver, O’Reilly said. They enjoyed a monster three-goal second period Tuesday in Philadelphia, “shooting the puck and getting it back.”

“Our last game,” O’Reilly said, “we had a great second period where we tilted the ice, we had the momentum.”

Of course, the Sabres turned a period in which they outshot Minnesota 19-4 into nothing. After falling behind 2-0 early Thursday, they lost 4-0, their fourth consecutive defeat (0-2-2).

But as O’Reilly pointed out, the 1-3-2 Sabres have performed well at times. Their only win, a 6-2 shellacking of the Oilers on Oct. 16 in Edmonton, is the upstart team’s only loss.

If the Sabres hadn’t imploded late against Philadelphia, blowing a 3-0 lead, or held their late one-goal lead Oct. 18 in Calgary, their start would be viewed differently.

Sabres goalie Robin Lehner said: “I feel like we’re there, that’s the frustrating part. We’re there. … We’re in the game and in five-minute segments we lose the game. Small details, you got to stay consistent by the game plan. It’s not like we’re not in games.”

After years of rebuilding and losing, a different feeling surrounds the Sabres this season. They’re expected to make the playoffs, or, at the very least, seriously contend for a spot.

Fresh off a 27-point improvement in 2015-16, the Sabres need actual victories, not moral ones. Still, six games into the season, they’re stuck trying to build off positives within their losses.

“This is our adversity right now,” Sabres defenseman Cody Franson said. “We’ve done some good things that have made us create momentum in games that we have to be able to sustain for 60 minutes.”

Franson also said: “We need to … try to take the momentum from the good things we’re doing and find a balance between the two.”

Thursday’s second period, Bylsma said, “was the most dominant period of hockey we played” and something they must replicate.

Despite ranking last in the Atlantic Division – the Sabres are already 11 points behind undefeated Montreal – they’ve stayed in a good place mentally, O’Reilly said, quickly getting rid of losses and looking ahead.

“I think we just realize we can’t control the past,” O’Reilly said. “Yeah, we made mistakes. It wasn’t what we wanted. There’s nothing we can do now. Yeah, I think we have grown a bit. I think in the back of our minds we know we have to win more hockey games.”

The Sabres have plenty of opportunities soon. Today kicks off a stretch of four games in six days and five in eight.