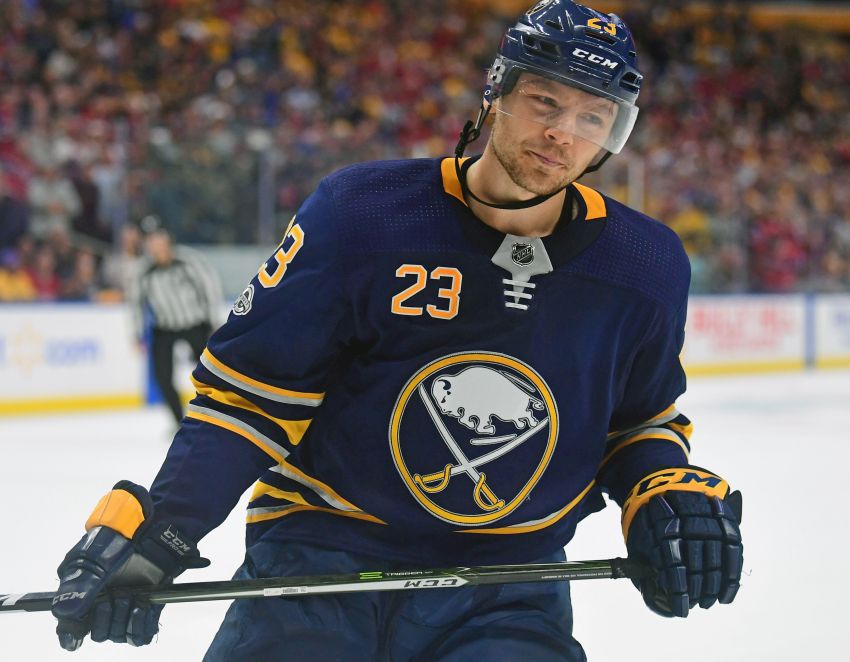 Following two wretched losses in which opponents outscored the Sabres 12-5, coach Phil Housley, as expected, mixed up his lines and defense pairs Wednesday, making changes to every combination.

Most notably, Reinhart, who moved to his natural position in training camp, skated at right wing again, his spot most of the last two years. Housley also yanked from Reinhart off the power play. Reinhart has played on the No. 1 unit most of his career.

Reinhart has looked awful this season, compiling zero points and a minus-6 rating.

“I’m not the only who will say I’m fighting the puck a bit,” Reinhart said Wednesday inside KeyBank Center.

Right now, most players are struggling.

“You change the lines to try to get the other guys going or maybe there’s some chemistry you’re looking for,” Housley said. “That’s why I made that change today. They could change tomorrow.”

The 0-2-1 Sabres face the San Jose Sharks tonight, the start of a four-game western road trip. The Sabres have historically done well in San Jose, although they often struggle on California trips. They also face the Los Angeles Kings, Anaheim Ducks and the 3-0 Vegas Golden Knights, the NHL’s newest team.

Here are Wednesday’s forward lines and defense pairs from left to right:

In other news, defenseman Zach Bogosian, out since suffering a lower-body injury in the preseason finale, will likely miss more time.

Despite getting hurt 13 days ago, Housley said Bogosian is still day-to-day.

Meanwhile, goalie Robin Lehner left Wednesday’s practice early after taking a puck in the face. Lehner initially stayed on the HarborCenter ice. He departed early so he could get stitches and make the team’s flight, Housley said.