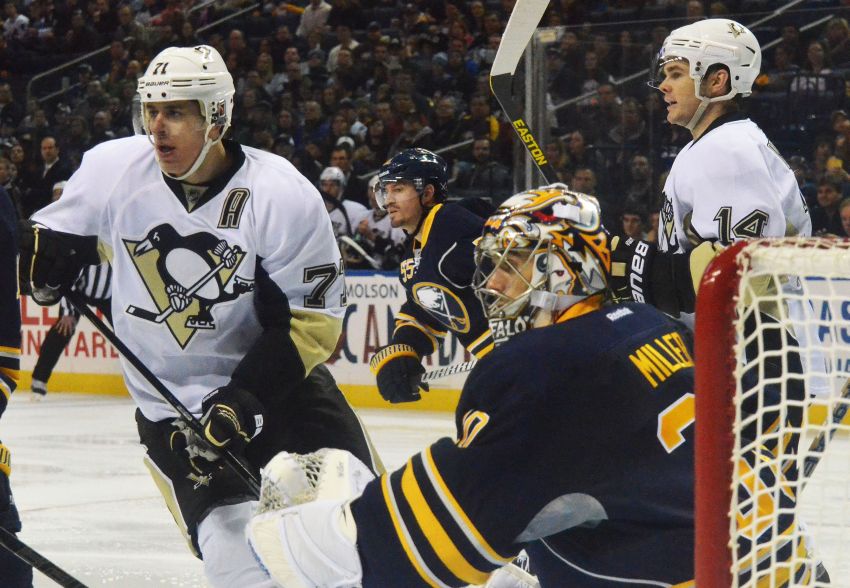 BUFFALO – Here’s a seething Ryan Miller following the Sabres’ 4-3 loss to the Pittsburgh Penguins this afternoon inside the First Niagara Center, a game in which they fell behind 2-0 early before rallying to take a late 3-2 lead.

The goalie on getting ahead and not closing out the game:

“It’s just a (lousy) way to lose. I don’t understand. Your guard has to be up at all times. They get right back in the game, one broken play to seal it for them. (It’s) just preventable and not what we need to be doing right now.”

On the turnovers in the defensive zone:

“Teams are going to come hard, especially if they sense that we’re going to have trouble getting out. We just got to be better.”

On which goal was bugging him the most:

“I thought from a couple tough bounces to start, good goals by them, a tip and a play off the end wall. We recovered and we played really well. It was our best second period we’ve had. … You’re either competent enough or experienced enough with the lead in the third period. It burned us. It’s not acceptable.”