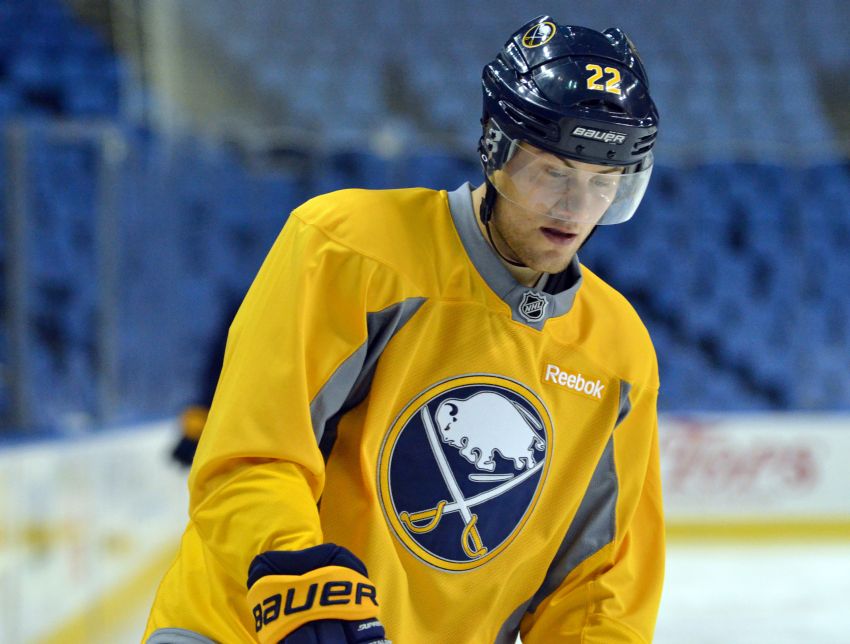 “He’s got to continue consistency of his compete and his details away from the puck and then, offensively, some confidence there,” said Rolston, whose 0-3-1 Sabres have just four goals.

Larsson has seen limited ice during two appearances – just 6:55 and 9:09 – but feels he “played pretty good.”

“It’s the small details away from the puck and positioning and everything like that,” Larsson said. “But it’s coming more and more and more, I think.”

In other lineup news, Cody McCormick will replace John Scott tonight up front. Ryan Miller will start in goal after a mild groin injured sidelined him twice.

Meanwhile, defenseman Henrik Tallinder (upper body) skated with his teammates this morning in a non-contact role. The Swede will miss his third straight game tonight.

Tallinder said an Ottawa player hit him “right into the boards” Friday.

Tallinder hopes he can play Saturday or Monday.

Armia’s a “ways away,” Rolston said. Tropp just started skating after breaking his jaw in a Sept. 22 fight.