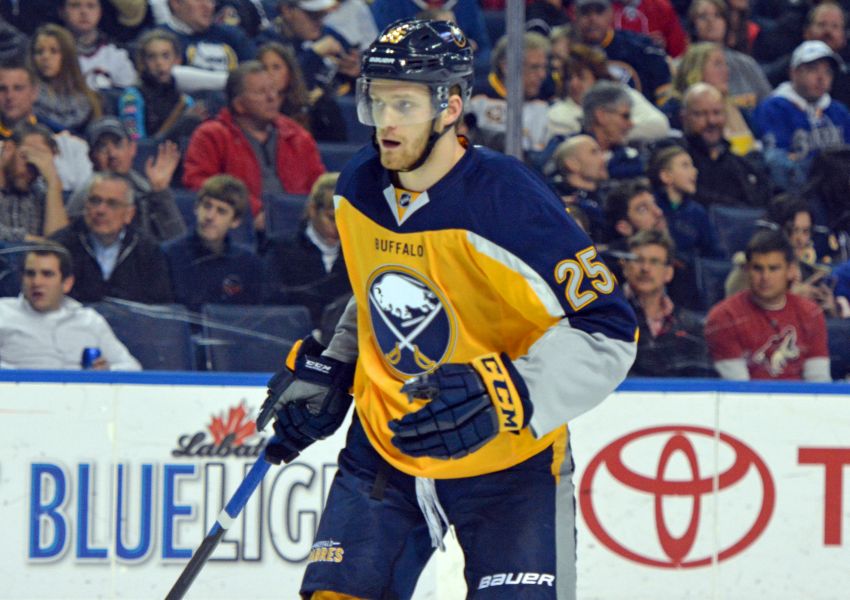 “I know everyone wants me to succeed in this organization,” Grigorenko said Thursday prior to the Sabres’ 4-3 overtime loss to the Arizona Coyotes inside the First Niagara Center. “Everyone has their ways. Teddy, he thinks being hard on me is only going to help me.”

Nolan ripped Grigorenko following his last demotion to Rochester earlier this month, saying his play was “lackadaisical” and lacked “energy or urgency” during a one-game recall in which he was quickly kicked off the second line.

It appeared then Grigorenko might be finished here, at least for this season. But the Sabres summoned the No. 12 pick in 2012 for the sixth time in 2014-15 on Friday.

“Obviously, you’re not happy when you see that,” Grigorenko said. “I think that Teddy, he’s a really honest guy. Even if you agree or disagree with what he says, it’s exactly what he thinks. He’s the head coach, so my goal is to come here and prove him wrong, show him I can play here.”

Grigorenko centered the second line between Marcus Foligno and captain Brian Gionta for the second time Thursday. Before blowing his coverage on Cody Eakin’s winning goal late Monday, the youngster enjoyed a strong outing, slickly setting up Gionta’s first goal with a nifty feed after outmuscling a defender near the boards.

“Since I’ve been back, I’ve been playing probably the best I’ve played this year,” Grigorenko said. “I have his support, so I’m glad. I’m glad he was hard on me.”

“The first two he did OK,” he said. “Not great for a young guy who has to step up a notch or two to prove that he can play at this level. But last game he showed signs of it.”

Grigorenko added: “I thought I was skating well, competing. Maybe a couple of mistakes, but I don’t think it was because I didn’t try or didn’t work hard. Everyone makes mistakes. That was a good game.”

Grigorenko knows this might be the best opportunity of his three-year career to showcase his talents. He played 16 minutes, nine seconds Monday, almost doubling his total from Friday.

“That last game we did a lot of good things offensively, created some chances for a goal,” he said. “I love playing with those players, Gio and Marcus. They’re great players. This is a great opportunity for me.”

While Grigorenko’s NHL numbers – one goal and three points in 17 games this season – are poor, he has produced 12 goals and 33 points in 40 AHL games.

“I think I’ve learned the game more and the physical aspect of the game and just it’s pretty much my first year as a pro playing against men, so I thought it was a good season for me,” Grigorenko said.

Naturally, starting Matt Hackett, a goalie with a weak .893 save percentage, over Anders Lindback, who has a gaudy .926 save percentage, for Thursday’s tilt against the Coyotes raised a few eyebrows.

After all, the NHL’s two worst teams were “battling” for last place and greater odds at the No. 1 pick.

But Nolan had plenty of reasons to start Hackett, who made 40 saves in Saturday’s 3-0 loss in Nashville. The 25-year-old will become an unrestricted free agent if he doesn’t play five more games.

“Hackett’s in a contract situation, so we have to take that into consideration,” Nolan said. “There’s a where we’re going with the organization as far as going forward with it? Do we scratch an older guy versus a young guy?”

Hackett tore up his right knee late last season and has been experiencing soreness, so Nolan sat him Monday. He played arguably his best game with the Sabres on Saturday.

The NHL draft lottery will be held April 18, according to Sportsnet.