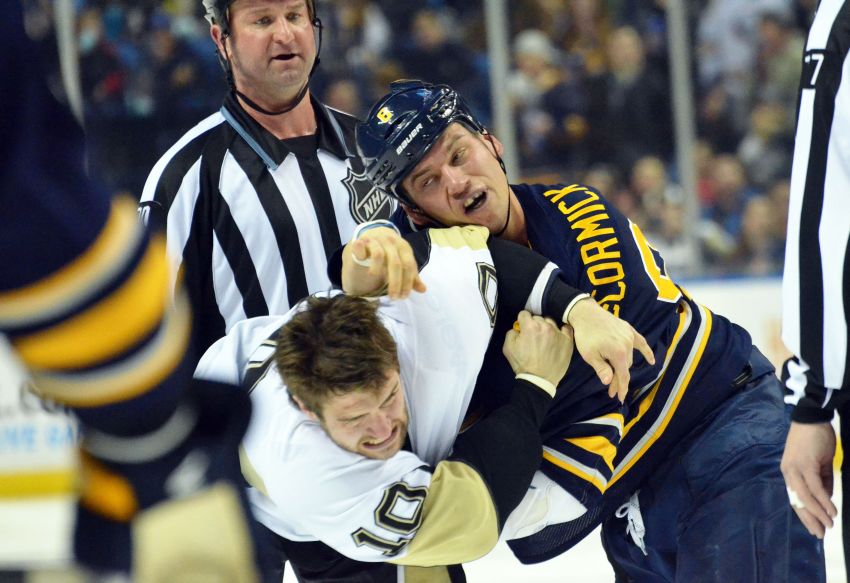 McCormick and Tanner Glass fought ferociously during the third period, possibly a response to McCormick’s earlier hit on Brandon Sutter inside the First Niagara Center.

“I think he didn’t have the puck,” Bylsma said about Sutter.

McCormick could’ve walloped Glass when his jersey got caught over his head, but he stopped punching until Glass could see.

Glass thanked McCormick later on Twitter, writing, “That McCormick is a class act and a tough dude! #respect.”

Sabres coach Lindy Ruff has said the 18-year-old Grigorenko will sit occasionally to help his development. He was also scratched last Sunday.