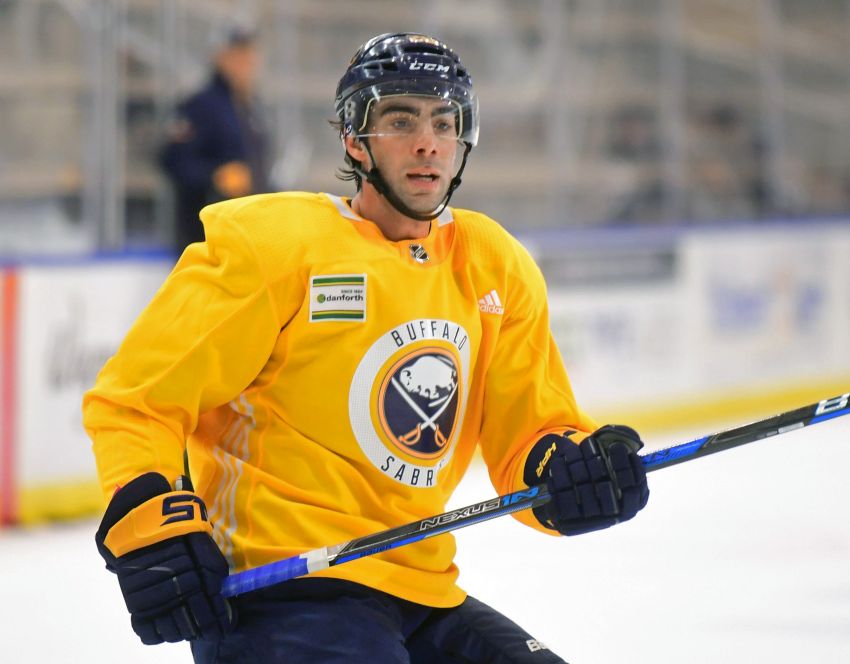 BUFFALO – When you’ve lost 18 of your 24 games like the Sabres have this season, including eight of the last nine, you keep trying different things.

So veteran winger Matt Moulson, a healthy scratch the last six games, will return tonight against the Tampa Bay Lightning.

“We sit where we are, we’re going to continue to make changes,” Sabres coach Phil Housley said this morning inside KeyBank Center.

Moulson, 34, is a shell of his old self. In 12 appearances this season, he has zero points and a minus-8 rating.

Still, Moulson, a three-time 30-goal scorer, can be dangerous around the net on the power play. He scored 11 of his 14 goals last season on the man advantage.

The Sabres’ 30th-ranked power play hasn’t scored in 15 tries over the last five contests. Not surprisingly, Moulson will have a spot on the power play tonight.

“I just want to see a good compete level in his game and trying to bring some speed … and just do what Matt Moulson does well,” Housley said. “He’s a sniper, he can tip pucks, he can create offense, he can make the next play.”

“It sucks,” Moulson said of being scratched. “I think it’s not fun when you’re not playing, not helping contribute in games, it’s a tough position. You got a couple choices when that happens, you can sulk or do something about it.”

Check back later for more on Moulson.

In other news, Sabres defenseman Zach Bogosian, out all season with a lower-body injury, won’t play tonight. Bogosian went through his first full practice Monday.

The Sabres will make one change on defense tonight, inserting Justin Falk for Josh Gorges. Robin Lehner will start in goal, his 19th appearance.

The first-place Lightning have 10 more wins than the last-place Sabres (16 -six) and 18 more points (34-16). The Lightning, however, have lost two straight games for the first time this season.

The Lightning’s top line of center Steven Stamkos, Nikita Kucherov and Vladimir Namestnikov is far and away the NHL’s best.

Stamkos leads the league with 26 assists and 36 points. Kucherov ranks second with 17 goals and 34 points. Namestnikov has 10 goals and 22 points.

“They’ve formed a really good chemistry, they just seem to read off each other really well, they know where each other is and they’re making a lot of good plays through traffic,” Housley said.

The trio has only combined for four points in the last four games, though.