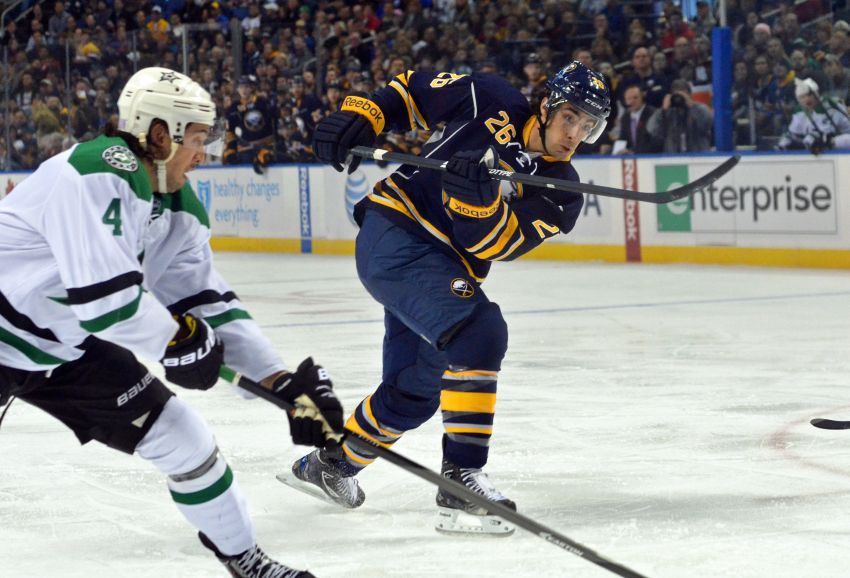 The Sabres have four games left before the break, starting with Saturday afternoon’s tilt in Colorado. Nolan said there’s a small chance the 30-year-old could return before their final game Thursday. They resume play Feb. 25.

“He was pretty sore after the game last night,” Nolan said. “But it doesn’t look like really too, too serious. If he’s a fast mender, you never know.”

Nolan wasn’t “100 percent sure” if Moulson had a fracture.

Moulson’s a three-time 30-goal scorer and a respected veteran. He has nine goals and 25 points in 40 games since the Sabres acquired him from the New York Islanders on Oct. 27.

“He’s been playing really well,” Nolan said. “He’s really buying into what we’re doing here and he’s leading the team. He wore an ‘A’ on his sweater last night for that reason. So right now, it’s going to be a big loss for us.”

What does Nolan think about Doan’s hit on Moulson?

“Little whack on the stick and a hit into the boards,” he said. “So it was one of those freaky things that happened.”

Brian Flynn will most likely replace Moulson on the left wing beside center Tyler Ennis and Zemgus Girgensons.

“One thing about Flynner, he’s a versatile guy,” Nolan said. “He can go from fourth line to your top line.”

Moulson, an unrestricted free agent following the season, could be traded before the March 5 deadline. A long-term injury, of course, might complicate that.

A healthy Moulson would be coveted by contenders. He’s quietly been one of the NHL’s top goal scorers in recent seasons.

Nolan, whose Sabres stayed off the ice today, said winger Drew Stafford (upper body) will be out one more game. Defenseman Christian Ehrhoff, sidelined by the flu Thursday, “should be ready” Saturday, Nolan said.