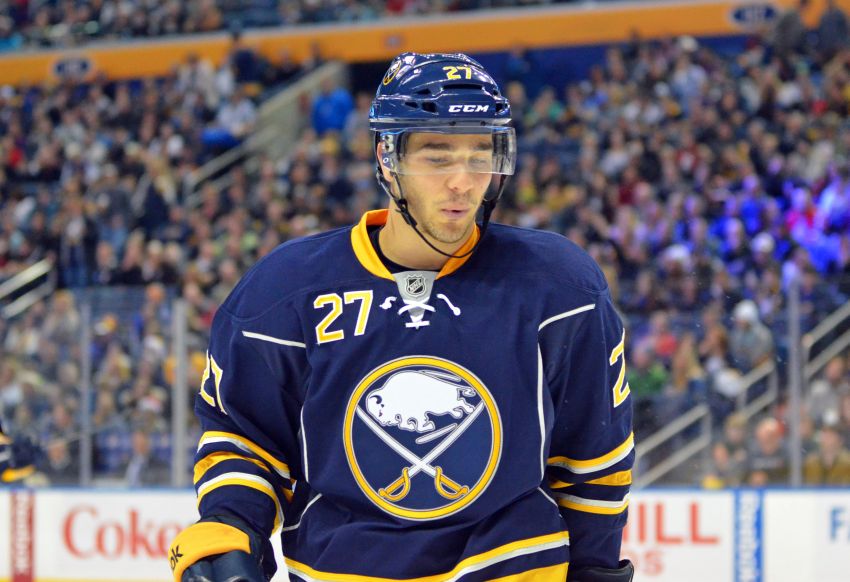 BUFFALO – Sabres winger Matt D’Agostini, who left Wednesday’s 4-3 shootout loss in Toronto early, is “still out for a while,” Ted Nolan said.

“I’m too not sure exactly how long,” the interim coach said this afternoon inside the First Niagara Center. “But it’s not going to be long, long term. But it’s going to be at least a week or so, I believe.”

Reinforcements could be coming soon, however.

“To play a game, I think they’re at least all a minimum of a week away,” Nolan said.

Meanwhile, winger Marcus Foligno, out last game, practiced today and said he could play Saturday against Columbus. Foligno said he pinched something he had injured earlier in the season.

Tallinder was sporting a cast around his left wrist. Initially, the Swede thought he had just bruised it early in the Sabres’ 2-1 shootout win Dec. 29 against Washington.

Then he couldn’t even hold his stick.