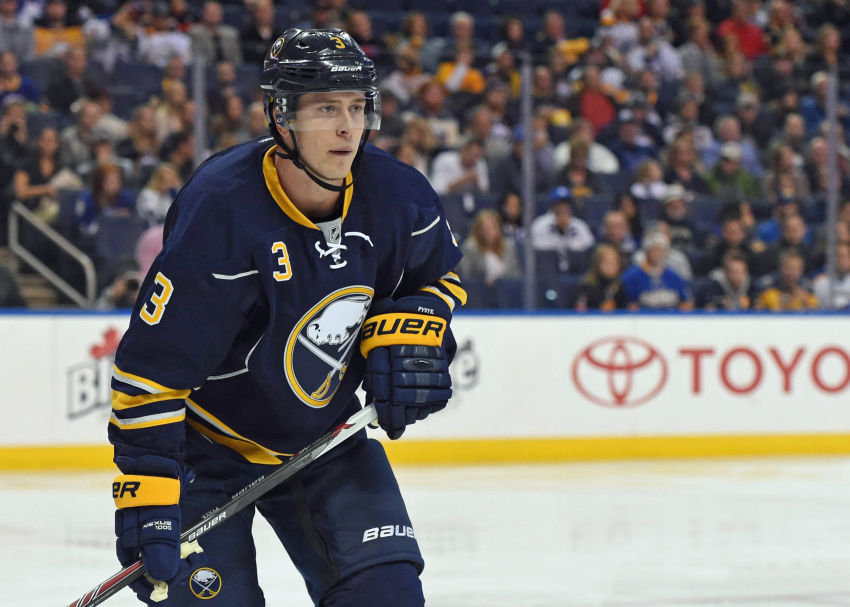 BUFFALO – With a “little crack” in his foot, Sabres defenseman Mark Pysyk couldn’t do much off-ice work as he spent the last six weeks recovering.

The boot he had to wear for a bit severely limited him.

“I could ride the bike with one leg and both my arms, so that’s not fun,” Pysyk said today after practicing inside the First Niagara Center.

But Pysyk, out the last 20 games, is finally getting close to returning. While he has no firm timeline, joining his teammates today is a good sign. Pysyk has been skating on his own the last three or four days. Sabres coach Dan Bylsma said Pysyk needs at least a few more practices before he can play.

Initially, it didn’t appear Pysyk, 23, would miss much time with what the Sabres called a “bone bruise.” Eventually, a crack was found. He hasn’t played since Nov. 17.

“At the start we obviously thought it wouldn’t be too long,” Pysyk said. “Sitting up here bored, trying to get back at it, just letting the bone heal, been in the gym quite a bit, just doing what I can when I wasn’t skating.”

Bylsma has no update on winger Tyler Ennis (upper body).