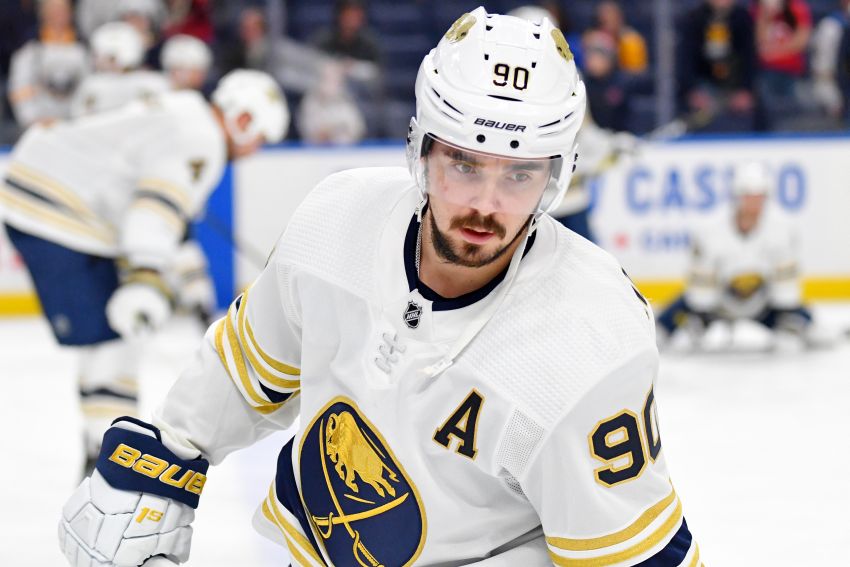 BUFFALO – In his first days here, Marcus Johansson quickly established himself as one of the Sabres’ most reliable presences on and off the ice.

Sabres coach Ralph Krueger named Johansson an alternate captain before he played a regular-season game. Krueger also switched the veteran to center, a position he hadn’t played regularly since his rookie year.

Johansson, 29, started the season scorching as the No. 2 center, scoring four goals in the first nine games as the Sabres roared out of the gate. But like his team, he has cooled off.

The Swede has compiled zero goals and three assists in his last 12 outings entering tonight’s contest against the Calgary Flames, the start of a three-game road trip.

The struggles have left Johansson frustrated and searching for answers.

“I want to get back to my game, to playing the way I know I can and feel comfortable in that,” he said following Wednesday’s practice inside KeyBank Center. “It feels like it’s been a while since I did that now.”

A few things have probably contributed to Johansson’s slump.

The upper-body injury Johansson suffered Nov. 9 set him back, according to Krueger. He missed seven games before returning Nov. 27.

“Offense, it’s just got to have some time again,” Krueger said. “He lost a little timing there.”

Normally, Johansson said, he loves playing with the puck. But he hasn’t felt comfortable handling it lately.

“I just haven’t played good with the puck,” said Johansson, who signed a two-year, $9 million contract July 6. “It feels like all year my hands haven’t felt good and (I) haven’t really felt like myself in that aspect.”

While Johansson was reluctant to give details, he said he has been having problems with his Bauer sticks, the same ones he has used the last few years.

Johansson, of course, possesses plenty of value if he’s not scoring. He’s one of a handful of Sabres who have a history of winning.

He came within one victory of winning the Stanley Cup with the Boston Bruins last season. He also spent seven years with the Washington Capitals, a perennial powerhouse.

Krueger said right away, Johansson recognized the Sabres needed to expand their leadership. Taking some on, Krueger said, has “probably taken something away from his game.”

“We need support in the way we share the burden of leadership, and Marcus took so much on his shoulders here through training camp into the start of the season,” he said.

He added: “He works so hard (on) himself and so hard at his game that I’m sure it’s going to come back. He’s brought some stability to our game.”

Krueger also said he wants Johansson “to take it a little easier on himself.”

Johansson could finally be turning a corner. In Monday’s 7-1 shellacking of the New Jersey Devils, he skated a season-high 19 minutes, 58 seconds.

Mittelstadt and Vesey recently ended their slumps. Perhaps Johansson is next.

“We can pretty much read off each other and do whatever,” Mittelstadt said. “He likes to play kind of a give-and-go game and I’ve always played that way. I feel like we’ve done well so far and obviously we’re still building and learning how to play with each other, but it seems like a good start.”