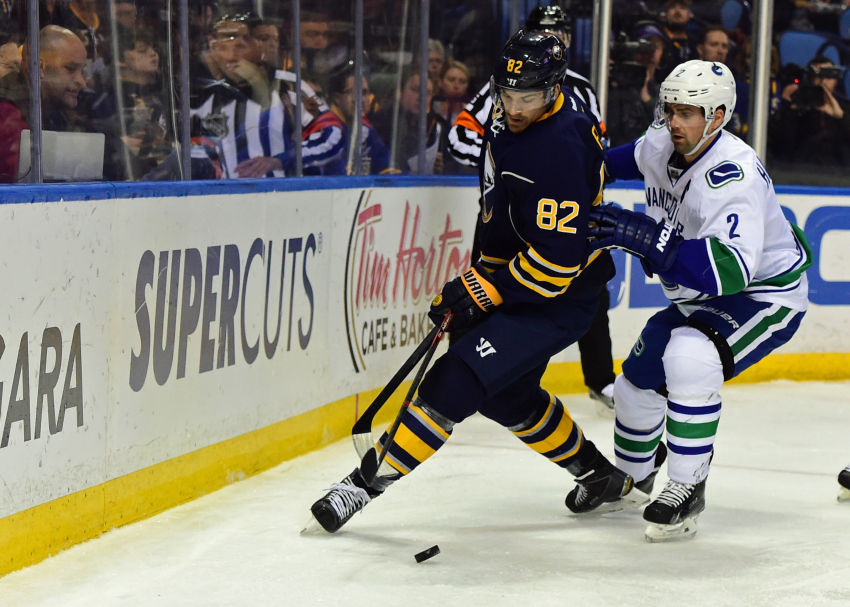 BUFFALO – On Nov. 10 in Tampa Bay, in his 14th appearance this season, Sabres winger Marcus Foligno scored his only goal, a pedestrian wrist shot from the left wall Lightning goalie Andrei Vasilevskiy mishandled.

“When he took that shot, he came back to the bench, he knew that was his eighth shot,” Sabres coach Dan Bylsma said this morning inside the First Niagara Center.

If you thought getting rewarded for simply putting the puck on net would encourage Foligno to shoot more often, you’re wrong.

Foligno has a team-low nine shots in 233 minutes, 13 seconds on the ice spread over 19 games this season, meaning he has one shot in the last five games entering tonight’s tilt against the St. Louis Blues.