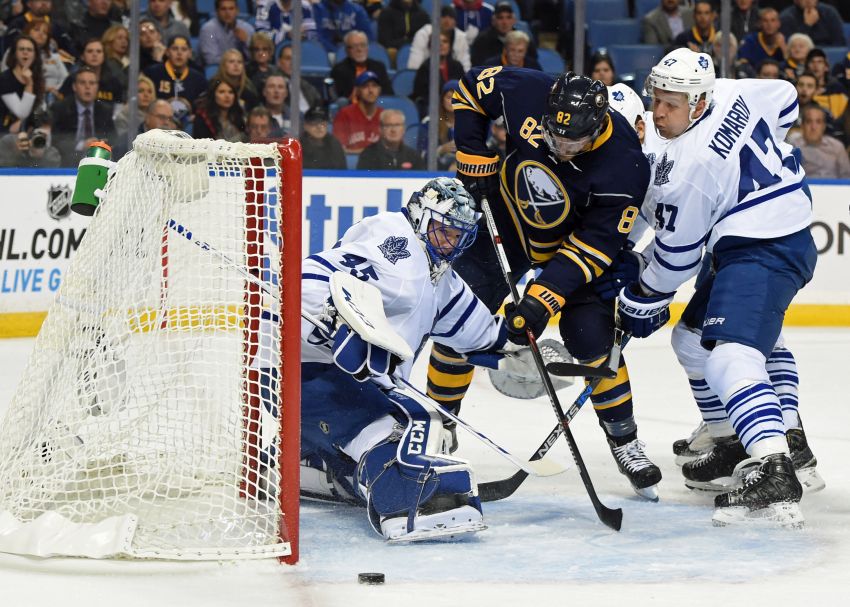 The Sabres will recall a forward from the Rochester Americans, Bylsma said. He wouldn’t reveal which one.

Update: The Sabres have made a surprising recall, summoning forward Dan Catenacci, 22, for the first time. Catenacci has seven goals and 16 points in 36 games for the Amerks, including two goals and seven points in the last seven contests. The 2011 third-round pick is in his third AHL season.

In other news, winger Tyler Ennis, out since Dec. 30 with what is believed to be a concussion, skated on his own this afternoon. Ennis “still can’t go all out,” Bylsma said.