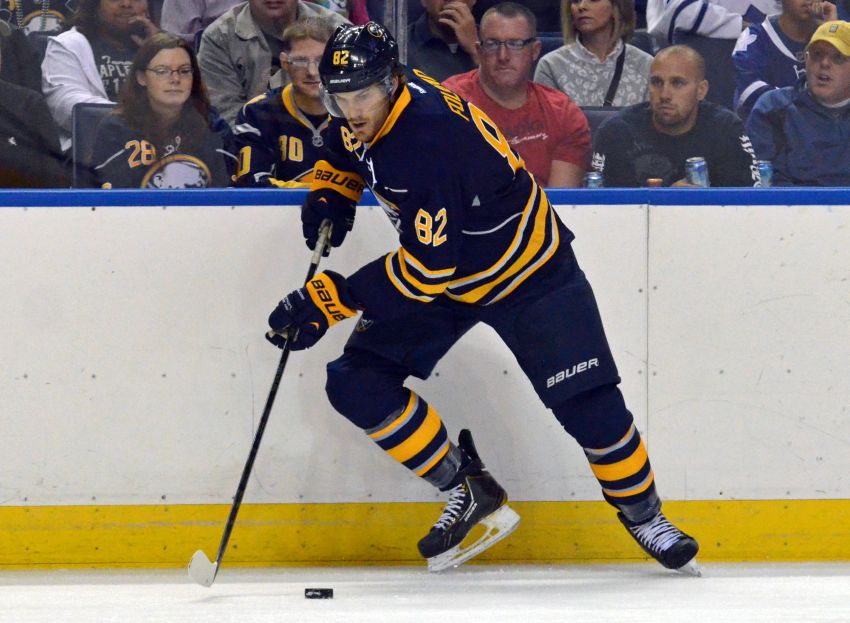 BUFFALO – Marcus Foligno enters tonight’s tilt with just one goal in his last 17 games and six in 49 contests this season. The Sabres winger might even get relegated to the fourth line against the Edmonton Oilers.

Foligno has performed like a top power forward at times during his three-year career, using his 6-foot-3, 223-pound frame to create space and offense. Sabres fans remember his rollicking introduction to the NHL late in 2011-12. But the 22-year-old often looks invisible for long stretches.

Foligno hasn’t found much consistency 110 games into his career.

“The best players are the ones that are consistent,” Foligno said Sunday inside the First Niagara Center. “I’ve shown that I can do those things and have good nights. Sometimes, maybe the way I start a game or maybe the way the game’s going, I think I’m a player that needs to play with that intensity, do-it-myself type thing. I don’t want to rely on others. Some games I’ve relied on others, and it’s made me look bad. … It’s my fault.

“But I think you don’t want other people to do your job. You have to go out and do your job every night to the best of your ability. So I’m learning that. The past six or seven games have been better and, obviously, last game wasn’t.”