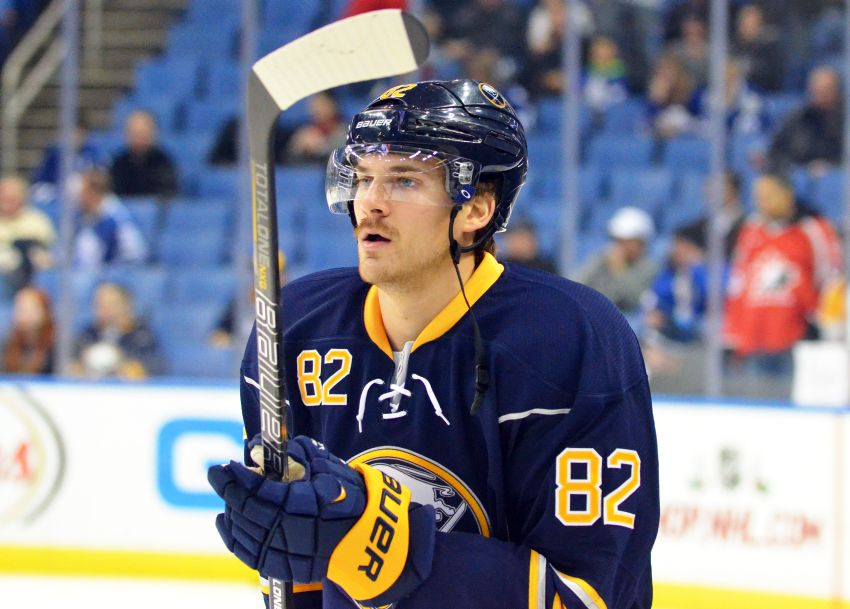 “Marcus is a big, powerful forward,” the Sabres’ interim coach said Tuesday following practice inside the First Niagara Center. “I told him he was just big, he wasn’t powerful. He wasn’t hitting anybody. He wasn’t using his size to his advantage.”

So in slashing his minutes, Nolan told the 6-foot-3, 223-pound Foligno he wanted him to play more aggressively and “cause some havoc for the opposition.”

“I thought the last couple games he started doing that,” Nolan said.

“I think you respect him a lot more for (being) a man that talks to you face-to-face telling you what he wants from you or what you should be doing better,” said Foligno, who registered a one-punch knockout of New Jersey’s Ryan Carter on Saturday. “That makes it a lot easier. … He just tells you how it is.”

How good has Foligno been recently?

“I also told him if continues to do it, those guys on the top three lines better be watching out because he’s coming,” Nolan said.

“That’s the biggest thing,” he said. “You’re still getting put out there in situations where you have a chance to help the offensive side. Like last game, you got to do certain things that keep you in the lineup, and I think he’s taught me that.”

The 22-year-old wasn’t giving the Sabres many quality minutes earlier this season.

Foligno roared into the NHL in 2011-12 with six goals and 13 points in his first 14 games. But he has only three scores, eight points and an awful minus-10 rating in 25 contests this year.

Combine that low offensive production with a youngster who hadn’t been showcasing enough physicality, and you have a player many thought was on the verge of getting scratched.

“That stint was nice, it was good,” Foligno said. “But at the same time, you got a new year, a new season. Guys might know you a little more, your tendencies out there. It’s a learning curve. It’s always a learning curve.”

Right now, Foligno’s still trying to find out what kind of NHL player he’ll become, a grinder or scorer.

To develop properly, Sabres captain Steve Ott said, “You have to get your junior mindset out.”

The gritty Ott, someone Foligno said he watches regularly, scored 93 goals during his last two years of junior. But Ott quickly figured out as an NHL rookie in 2002-03 he had to be a fourth-line energy guy, “not worry about scoring, run around and hit guys and be competitive,” he said.

Eventually, that style created other opportunities for Ott, who scored 22 goals four years ago.

“He’s got good toughness. He’s got good puck skills as well,” Ott said. “That’ll get him moved up in the lineup and playing certain situations. But it’s being consistent with the hard hockey that he has to learn and be consistent to excel his game.”

“Obviously, it’s a tough start to a career,” he said.

But Foligno feels comfortable with Nolan.

“I think Ted has a lot of trust in me and he expects a lot out of me,” he said. “He’s a good coach, he’s a good communicator. I think it’s going to be good for the future as he’s trying to develop me into a player that’s physical.”

He added: “He’s taught a lot of guys what he wants from them, especially myself, that’s to be a hard body out there every night, be consistent. Ever since he’s taken over he’s helped my game.”

The offensive side, Foligno said, will come from “finishing your checks.”

“It doesn’t have to be a big hit, it just has to finish, get back to the net and get your feet moving,” he said. “That’s the biggest thing. I know (in the) defensive zone I can take care of all that stuff.”