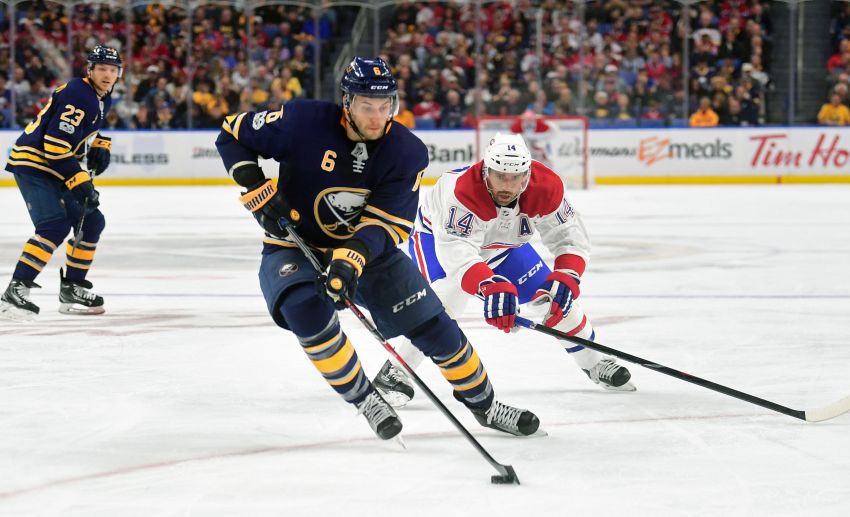 BUFFALO – Sabres defenseman Marco Scandella is “under the weather” but should play Tuesday in Pittsburgh, coach Phil Housley said.

The newcomer has zero goals and three assists while averaging 23 minutes, 38 seconds of ice time in 17 outings this season.

In other injury news, Housley said slick forward prospect Alexander Nylander, out since suffering a lower-body injury in rookie camp more than two months ago, has started practicing again with the Rochester Americans.

“It’s good to see that he’s skating with the team right now,” Housley said this morning inside KeyBank Center. “That shows he’s making really good progress. He’s going to have to continue to find his timing in practice, but that was intriguing.”

Check back later for more, including a full story on the Sabres’ offensive struggles and center Jack Eichel’s goal drought.

“He’s trying to do the right things, he means well,” Housley said. “He’s just got to continue to work through it.”

Update: The Sabres sent winger Justin Bailey, out the last five games with a lower-body injury, back to the Amerks this afternoon.