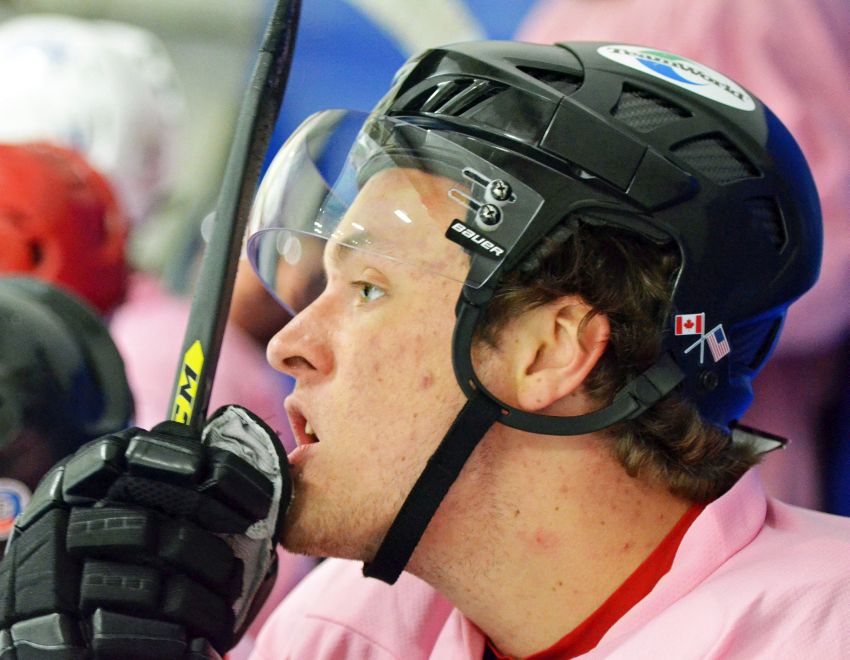 Gone from the Rochester Americans are forwards Phil Varone and Jason Akeson and defenseman Jerome Leduc.

In addition to Schneider, who has 17 goals and 42 points in 54 AHL games this season, the Sabres also acquired forwards Eric O’Dell and Alex Guptill and defenseman Mike Sdao.

More on the new acquisitions:

– The 6-foot, 195-pound O’Dell, 25, led Binghamton with 18 goals and was second behind Schneider with 37 points in 50 games. He played 41 games over the last two seasons with the Winnipeg Jets, compiling three goals and eight points.

While the deal doesn’t change the current makeup of the Sabres, general manager Tim Murray tried to address some needs on the farm before the trade deadline hits Monday at 3 p.m.

The Amerks, who are in a playoff fight, lost 10-5 on Saturday in Toronto. Akeson (30 points) and Varone (29) rank first and second in team scoring. Varone’s 12 goals are tied for the team lead.

Varone, 25, led the Amerks in scoring twice in five seasons, compiling 67 goals and 221 points in 305 games. He played 42 contests with the Sabres, scoring five goals and nine points.

While Varone had a goal and two points in five NHL appearances this season, it appeared his time in the organization would be ending. Despite his scoring prowess, a team-worst minus-21 rating helped him get benched earlier in the campaign.

Meanwhile, Akeson, 25, was a disappointment with the Amerks, scoring only nine times. He had 67 goals over the previous three seasons with Philadelphia’s AHL affiliates.