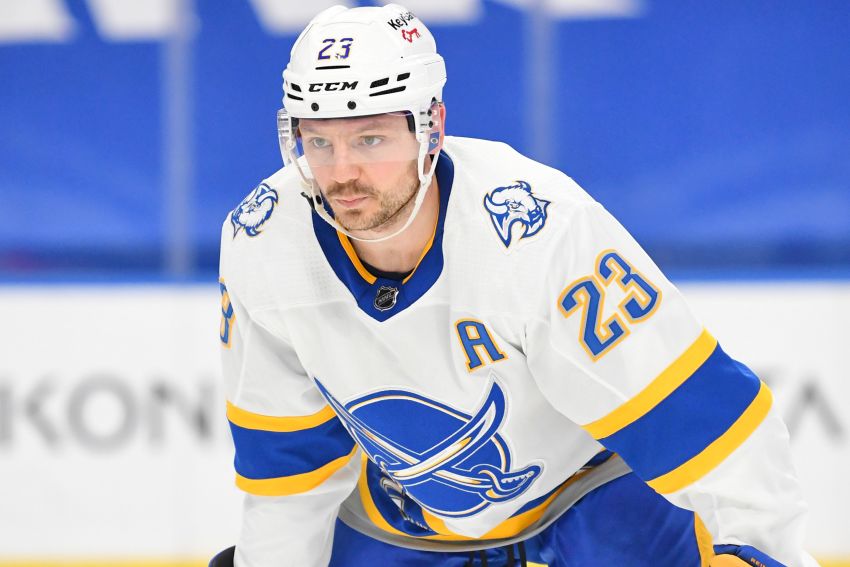 Now what happens? The hapless Sabres completed the road trip from hell and returned to Buffalo following Tuesday’s 5-4 shootout loss, a game in which they twice enjoyed a two-goal lead over the Philadelphia Flyers.

The Sabres, who went 0-4-1 on the trip, have today off before hosting the Pittsburgh Penguins. Will Ralph Krueger still be their coach on Thursday?

Right now, the Sabres are enduring one of the roughest stretches in franchise history. They’ve cemented their place as the NHL’s laughingstock while losing eight straight games (0-6-2) and 12 of 14 since their COVID-19 pause ended.

Overall, they own a wretched 6-14-4 record. Their 16 points rank last in the league.

On Friday, Sabres general manager Kevyn Adams said everything, including Krueger, was being evaluated. But Adams sounded like he would only dismiss him as a last resort.

It sure seems like it has reached that point. A win Tuesday inside Wells Fargo Center might’ve earned Krueger a reprieve.

Despite Tuesday’s close margin – the Flyers tied it 14:14 into the third period – it doesn’t feel like the Sabres are any closer to winning a game.

“Scoring four goals on the road for us and putting ourselves in position to get a ‘W,’ which we desperately need, and letting it slip away in the closing minutes of the game is extremely disappointing at this point,” Krueger said on a Zoom call. “There’s no real point to speak about the good things that happened that got us there because we didn’t close the deal. There were some bright lights in the game that we need to take with us.

“The puck management, again, at times showed the lack of confidence in the group and it just needs to get better again next game. Overall, the guys did show character here after the long trip and competed hard in most areas of the game.”

An upper-body injury will sideline Sabres captain Jack Eichel a minimum of a week, Krueger said following the contest.

Without their most talented player, the Sabres scored about a week’s worth of goals Tuesday. Still, it’s hard to imagine them consistently generating offense without Eichel.

Winger Sam Reinhart picked up some of the slack against the Flyers, helping the Sabres showcase a quick response for one of the few times in recent weeks.

After the Flyers scored 1:58 into the game, instead of wilting like they have so many times, the Sabres answered at 4:33, tying the game on the first of Reinhart’s two goals. Winger Riley Sheahan put the Sabres up minutes later and Reinhart scored again before the first period ended.

After the Flyers narrowed it to 3-2, Sabres defenseman Brandon Montour’s first goal this season restored the two-goal lead. But Claude Giroux scored before the second period ended and Shayne Gostisbehere’s power-play goal with Sabres winger Jeff Skinner off for hooking tied it.

The Sabres mustered only four shots in the third period.

“We have to find a way to play confidently with the lead and not sit back and take penalties and allow them to get momentum, because they’re playing in front of fans now, they’re a good team, they have a lot of offensive weapons,” Sabres winger Taylor Hall said. “And if you let them have the puck all night, it’s not advantageous to you. So we have to learn how to play with a lead and just go play.

“I mean, let’s be serious, we’re a lot of points out of the playoffs, we should just be playing loose and just going playing free.”

“We’re not at the point we’re taking moral victories from being close in games right now,” Reinhart said. “That’s just the sad reality of it.”