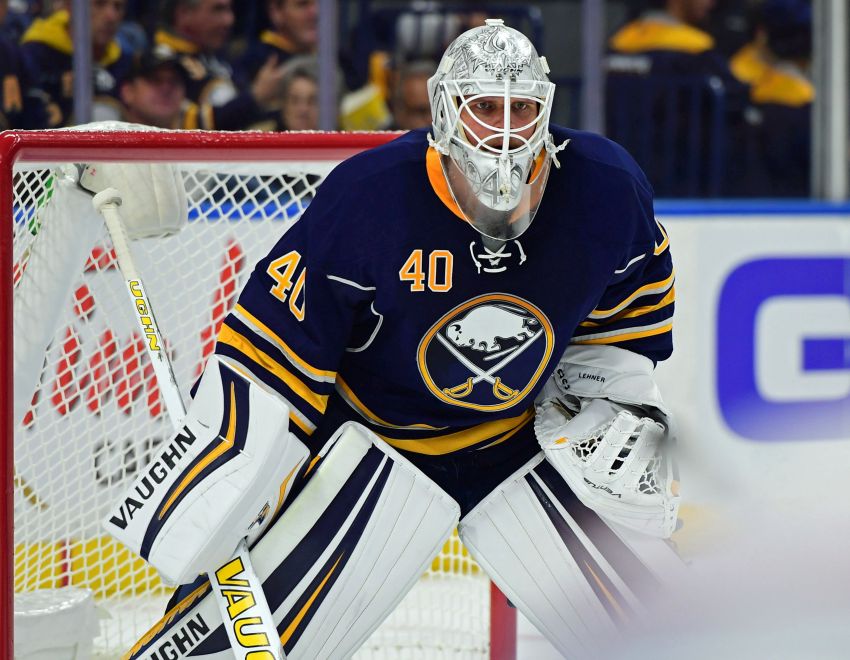 BUFFALO – In the modern NHL, contests like the Sabres’ 2-1 shootout loss to the Ottawa Senators – low-scoring, drab affairs – are all too common.

An abundance of speed and slick talent in the game hasn’t translated into more entertainment or goals. Instead, teams executive rigid systems, playing it conservative.

Wednesday’s snoozer before 17,884 fans inside KeyBank Center was a prime example.

Well, there wasn’t much room until the three-on-three overtime. By then, the Senators, who played in Tuesday in Nashville, had little energy left. The Sabres dominated the Senators, outshooting them 8-0.

“We just possessed the puck the whole time for the most part and had some glorious chances to win the game,” Bylsma said.

With 26 seconds left, Sabres captain Brian Gionta’s shot deflected in front and hit the crossbar and goalie Mike Condon before dinging the post.

“It’s funny how puck luck works,” Sabres defenseman Jake McCabe said. “A puck that hits the crossbar, hit the goalie, hits the post. So hopefully one of these days the puck’s going to bounce our way, but we just got to keep doing the right things, create our own luck.”

Bylsma said: “It got a little bit of everything, but not the break we needed.

The eight-shot differential in overtime tied the franchise record set Feb. 1, 2000 against Anaheim, according to the Elias Sports Bureau.

The Sabres, who won 2-1 Saturday in Ottawa, have lost two straight games and three of the last four (1-2-1). Five of their eight losses are one-goal defeats.

“Beat him with the speed of the shot,” Baptiste said.

“Growing up, probably that’s how I would’ve pictured it,” Schneider said. “But (it’s) nice that it finally happened here.

Derek Grant, who won the draw, recorded his first point with the Sabres.

Schneider, the AHL’s leading scorer, was recalled from the Rochester Americans earlier in the day to replace top center Ryan O’Reilly, who’s day-to-day with an upper-body injury, according to Bylsma.

“He’s the hottest stick right now down there for them,” Bylsma said. “He’s also played for the Senators, in their organization before. “(It’s a chance to) give one back to them.”

Schneider, who played with Baptiste in Rochester, said: “I’ve been pretty got down in the American League, so I had some confidence, and the early in the game we got one, it felt pretty good.”

Lehner, who made his sixth straight start, stopped 28 shots. Condon made 31 saves.