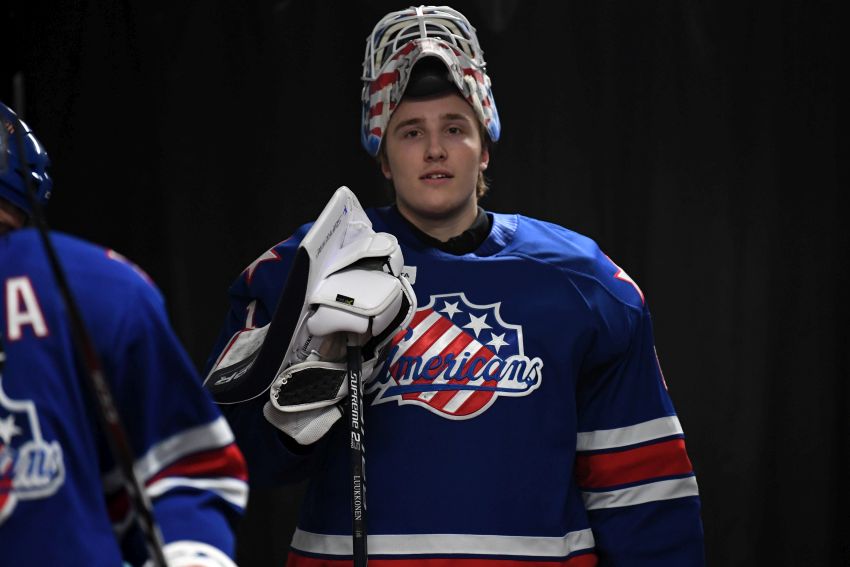 The move gives Luukkonen, 21, an opportunity to practice and play while he waits for the 2020-21 North American season to begin. The COVID-19 pandemic has forced the AHL to target Dec. 5 as a possible start date instead of October.

The 6-foot-5, 220-pound Luukkonen shuttled between the AHL and ECHL as a rookie in 2019-20, playing 33 total games before the pandemic forced the leagues to cancel their seasons.

The Finn will possibly share goaltending duties with another prospect, Jonas Johansson, for the Rochester Americans if the 2020-21 AHL season can played.

An upper-body injury TPS goalie Rasmus Tirronen suffered created a spot for Luukkonen, according to the team’s website. Tirronen will be out four to six weeks.

“Luukkonen is certainly one of Finland’s most promising goalkeepers,” TPS player coordinator Tomi Kallio told the team’s site, according to a Google translation. “It’s a modern and big goalkeeper with a clear goal in the NHL. We are glad that Ukko-Pekka chose TPS and, accordingly, I believe that we can offer him optimal conditions for development.”

After recovering from offseason hip surgery, Luukkonen enjoyed a terrific season in 2019-20, compiling a 12-7-3 record with a 2.24 goals-against average and a .912 save percentage in 23 games with the Cincinnati Cyclones.

The Sabres rewarded the ECHL All-Star with recalls to the AHL, where he registered a 3-4-3 mark with a 3.15 goals-against average and an .874 save percentage in 10 appearances.