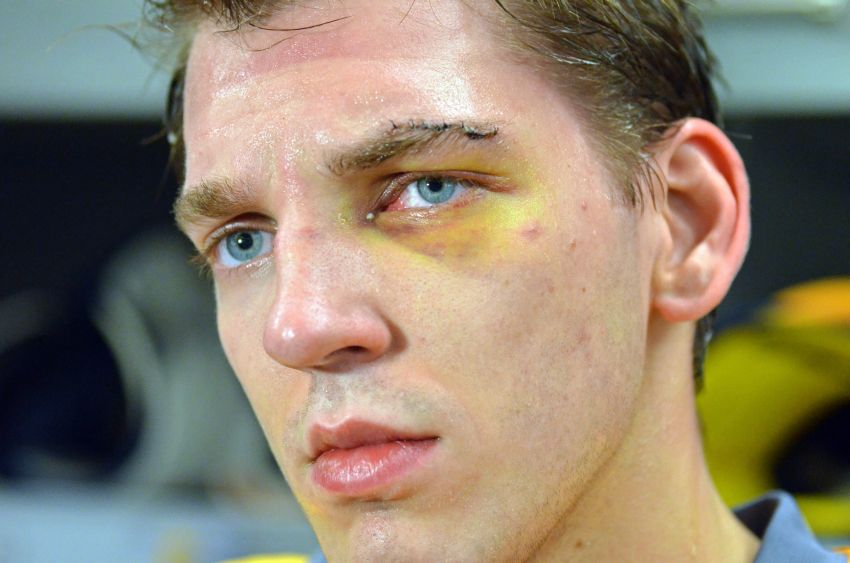 BUFFALO – Since the Sabres had an optional skate this morning, you’ll have to wait until tonight to see their lineup against the upstart Colorado Avalanche.

This much is known: Cody McCormick, who blocked a shot in Thursday’s 3-0 loss to Vancouver, is out. The forward is day-to-day, Sabres coach Ron Rolston said.

Winger Zemgus Girgensons, who took a shot off his face Tuesday, will return after a one-game absence. The rookie has ditched the facial protection he had been sporting and is wearing a normal visor.

Ryan Miller should make his seventh start in goal.

What about the rest of the lineup?

“It could be tonight,” he said this morning inside the First Niagara Center.

If the 18-year-old Zadorov, who hurt his finger during the preseason finale, plays, the Sabres need to make a roster move. The easiest one could be sending rookie defenseman Rasmus Ristolainen to Rochester.

Update: The Sabres have sent Ristolainen to Rochester and put Zadorov on the 23-man roster. Zadorov will dress. So will Jamie McBain, meaning seven defensemen are playing. Forward Kevin Porter will sit.

Meanwhile, the Sabres haven’t beaten Colorado since Dec. 4, 2005, their longest drought against any opponent. They’re 0-1-4 in the last five meetings.

A good start – the Sabres are getting throttled early – could help them win their first home game this season.

“We have no energy at the start,” Girgensons said.