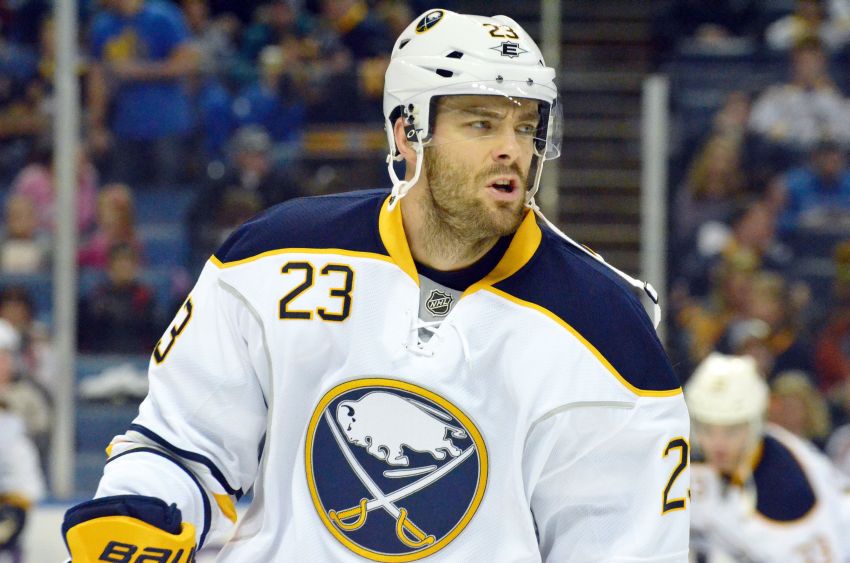 BUFFALO – The Sabres have their first injury of the lockout-shortened 2012-13 season.

The winger’s questionable for this afternoon’s season opener against the Philadelphia Flyers inside the First Niagara Center.

“The thought is Jochen can be there,” Ruff said. “We can bump Pat Kaleta up. We got a couple options there.”

“He’s a really good player,” Grigorenko said. “He’s twice older than me. It’s so much experience. It’s awesome to play with those guys.”

Grigorenko can play five times before the first year of his entry-level contract kicks in. Naturally, he’ll be a little nervous this afternoon.

“Hopefully, a little after warm-up it’ll be good,” he said.

The Russian doesn’t mind being under the microscope.

“I feel like people are (expecting) a lot from me,” Grigorenko said. “But to me it’s not a lot of pressure. I kind of like it.”

With only a five-day training camp before the 48-game season, Ruff designed the Sabres’ practices and schedule to avoid injuries.

“I tried to look into that week and make sure we didn’t do anything that put us in a tough spot,” he said. “The day off was real important from a hydration standpoint, staying away from muscle pulls. Even not a lot of extra skating at the end to fatigue the players, and we’ve come through it OK.”

Sabres owner Terry Pegula, a Penn State graduate and backer, denied a recent report that a $1.3 million donation to football coach Bill O’Brien’s salary came from him. O’Brien had been drawing NFL interest.

He added: “That report is so far off base I don’t know where it came from.”

If Pegula had been asked, would he have helped?

“I know Bill very well and obviously I was involved with keeping him, at least talking to him,” he said. “Where that report came from is just one of these things where I’m sure the guy that wrote it doesn’t feel real good about.”