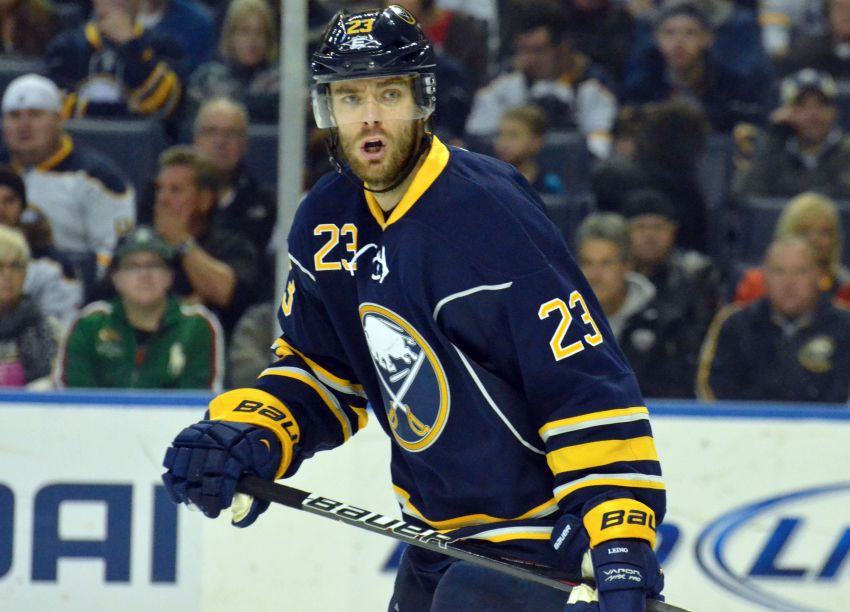 The Sabres’ interim coach put Leino, sidelined by a hip injury the first 27 games this season, out for the opening faceoff inside the First Niagara Center.

“It was good for me,” Leino said about starting the game after the Sabres’ 4-3 overtime loss to the Ottawa Senators. “It made me feel comfortable. Sometimes you want to have a little bit of a role on the team to feel better. I feel needed. It’s a good thing, yeah.”

The Finn played on the right wing, a place he called his “comfort zone,” beside Steve Ott and center Tyler Ennis, who was returning after Wayne Simmonds’ hit from behind shelved him Tuesday.

Leino looked comfortable while skating 15:55. He moved the puck and operated well down low, two strengths. He assisted on Mike Weber’s goal 8:52 into the game and also played on the second power-play unit.

“I like what I saw tonight from him, puck possession and some of the things that he can do,” Rolston said.

“I got a little tired at the end,” Leino said. “But I still felt good. It’s a clean slate, a new coach, a new year. So I’m feeling pretty comfortable. If you’re feeling comfortable, it looks like you’re skating better too.”

Leino’s next challenge will come tonight in Washington against the Capitals, when he tries playing back-to-back games.

“(It) will be a new day,” Leino said. “We’ll see if it gets better or worse. I mean, I didn’t feel any pain condition-wise. I think it’ll be fine.”

The Sabres waited to insert Leino, who had been practicing fully for a couple of weeks, so he would be ready for the grind.

“We wanted to make sure he was ready to go and fit as he can possibly be in game-type experience and practice,” Rolston said. “So we hope he can put that game back together back-to-back nights.”

The Sabres could be without Andrej Sekera (upper body) tonight. The defenseman left late in the game. Rolston wants to see how sore he is this morning. Another defenseman could be summoned.

Ennis also hobbled off after blocking a shot late but is OK, Rolston said.

Winger Patrick Kaleta is eligible to return from his five-game boarding suspension tonight.

The Sabres had one healthy scratch, tough guy John Scott.

Under Rolston in Rochester, T.J. Brennan thrived, developing into an AHL star and arguably the league’s most dynamic offensive defenseman.

“With the way we were at as a team, it was difficult to give him the opportunity that he probably needed developmentally,” Rolston said. “We just thought for our organization right now, the best thing would be for him to go and play in the playoffs and get playoff experience, and really be … a really big part of that team and be in every situation.”