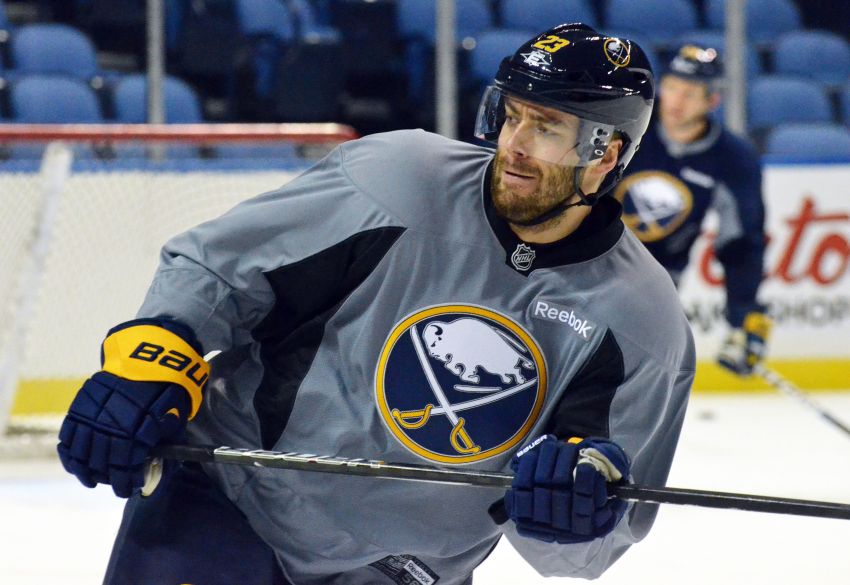 AMHERST – Long before his teammates began practicing this afternoon, winger Ville Leino was skating inside the Northtown Center, testing his injured hip.

When the rest of the Buffalo Sabres finally hit the ice, the Finn stayed on, participating in his first full team full practice since Jan. 18.

Leino, who hasn’t played a game since April 7, believes he could return as soon as next week.

“The rehab’s been good lately, and I’ve been skating the last five days actually pretty hard, and I was going pretty hard today,” Leino said. “I felt really good. If it’s not too sore tomorrow or the next two days, I think I’ll be pretty close to be able to playing.”

Leino was practicing fully throughout training camp until the hip knocked him out two days before the season opener.

He’s been experiencing some pain and range of motion issues. At times, the hip seemed to be making little progress. A number of things have helped recently, Leino said.

He added: “A couple times we thought we didn’t have good faith on it. But now we all feel pretty positive about it. It’s definitely getting encouraging. I think we’re getting close. Hopefully, we can keep this going for the next couple more days or so.”

Sabres interim coach Ron Rolston said Leino or defenseman Jordan Leopold (hand), who also practiced this afternoon, are doubtful for both games this weekend and Tuesday’s tilt in Carolina.