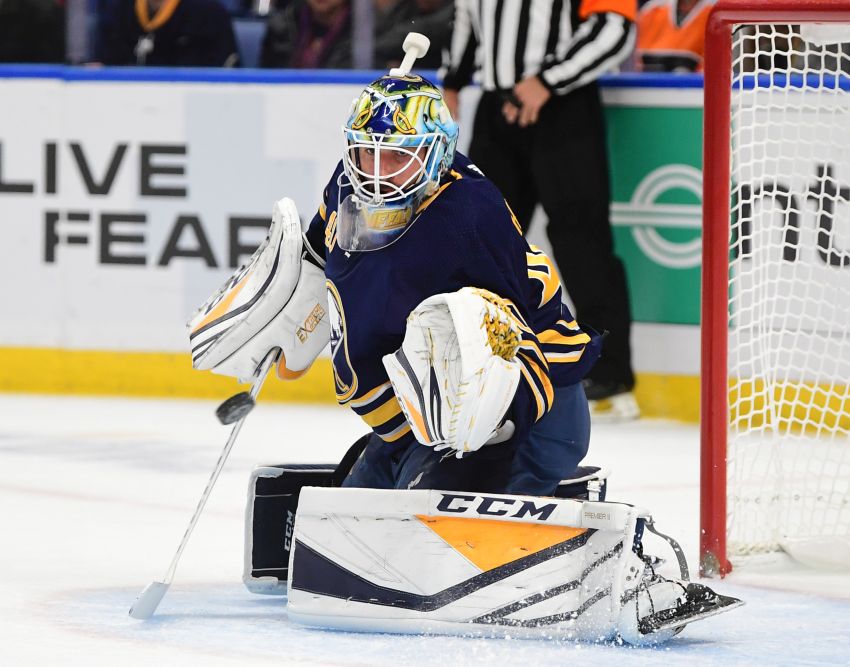 BUFFALO – Lawrence Pilut’s NHL debut will come at a later date. The slick Swedish defenseman, who was summoned from the AHL on Wednesday, won’t play this afternoon against the Montreal Canadiens, Sabres coach Phil Housley said.

The Sabres, however, could make one change on defense. Housley said Marco Scandella, out with a lower-body injury since blocking a shot Monday, will be a game-time decision.

Update: Scandella will play, meaning defenseman Casey Nelson is out.

Housley also said forward Patrik Berglund is day-to-day and is making improvements with his upper-body injury.

Goalie Carter Hutton, who has won six straight games, will start this afternoon. Hutton is 3-0-2 with a 1.64 goals-against average and a .934 save percentage in six career appearances against the Canadiens.