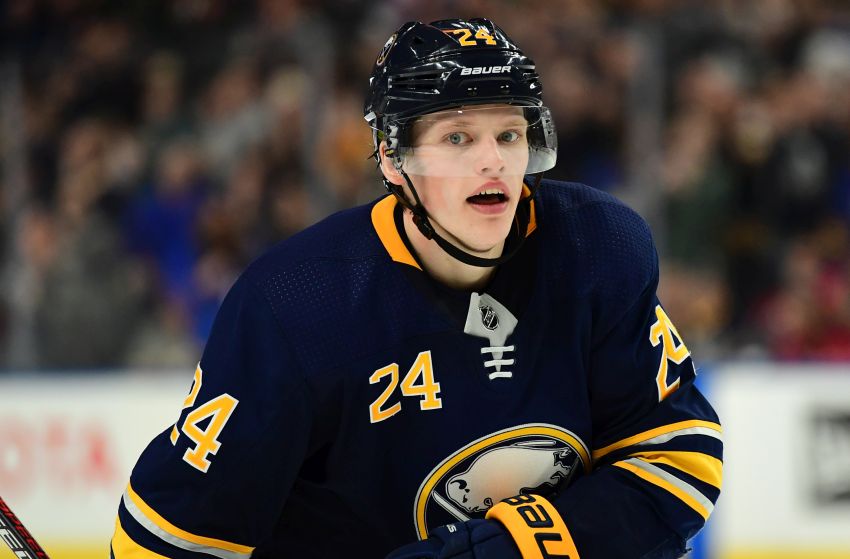 Just five weeks into the offseason, two Sabres defensemen – Zach Bogosian had his hip repaired last month – have had surgery and will likely miss training camp and the start of the regular season. Like Pilut, Bogosian needs five to six months to recover.

After spending his entire career in Sweden, Pilut, 23, signed with the Sabres a year ago and quickly acclimated to North American Hockey.

The 5-foot-11, 180-pound Pilut scored 22 points in his first 16 games with the Amerks before earning a three-month promotion to the NHL. The youngster offered the Sabres an offensive, puck-moving element they sorely needed.

Pilut compiled one goal, six points and a minus-8 rating in 33 games with the Sabres. He had four goals, 26 points and a plus-22 rating in 30 contests with the Amerks. He also earned a spot in the AHL All-Star Game.

In other news, Sabres defenseman Brandon Montour, who’s playing for Team Canada at the World Championship, left Monday’s 6-5 win over host Slovakia with an undisclosed injury, according to reports.

Update: Montour has a lower-body injury, according to TSN’s Darren Dreger. Montour could be sidelined the rest of the tournament, according to Dreger’s report.

Montour will miss the rest of the tournament, according to Hockey Canada.