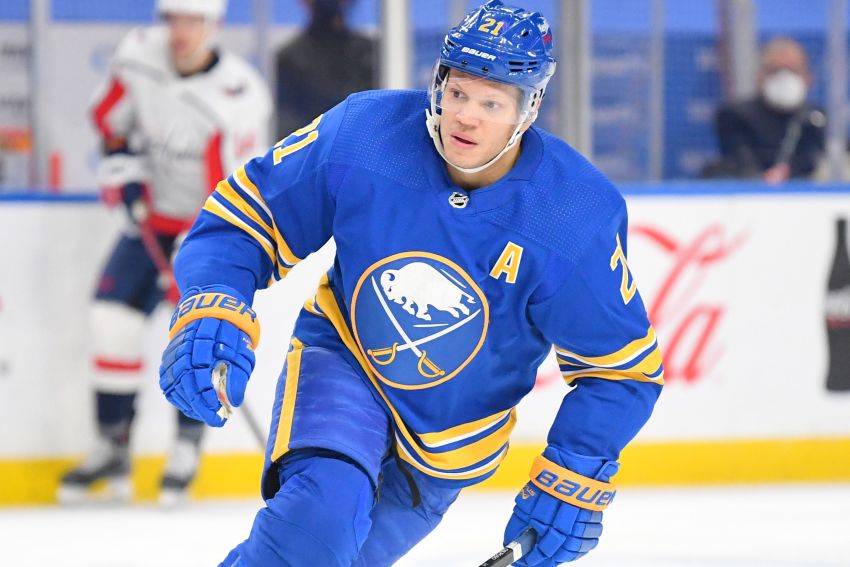 Kyle Okposo practiced with the Sabres on Sunday. ©2021, Micheline Veluvolu

Granato did not know how Okposo, who stayed in Buffalo, was injured. Okposo, 32, finished Sunday’s practice.

Update: Okposo has an upper-body injury, according to The Buffalo News.

“It was not something that took him off the ice in practice,” Granato said on a Zoom call from Madison Square Garden.

“Still pending some information on that,” he said.

The Sabres recalled Rasmus Asplund from the taxi squad this afternoon to replace Okposo.

Okposo, like most of the Sabres, has endured a frustrating season. He suffered a lower-body injury late in training camp and missed the first five games. He also battled an undisclosed injury but stayed in the lineup.

The alternate captain scored his first goal in Thursday’s 4-1 loss to the Bruins.

“As a coach, those are the type of players that you really admire, the way they put effort in and put focus in. So, yeah, it’s frustrating for him, I know that. It is for us in that regard.”

Granato said Carter Hutton will start in goal tonight. Dustin Tokarski, who was also recalled from the taxi squad, will back him up.