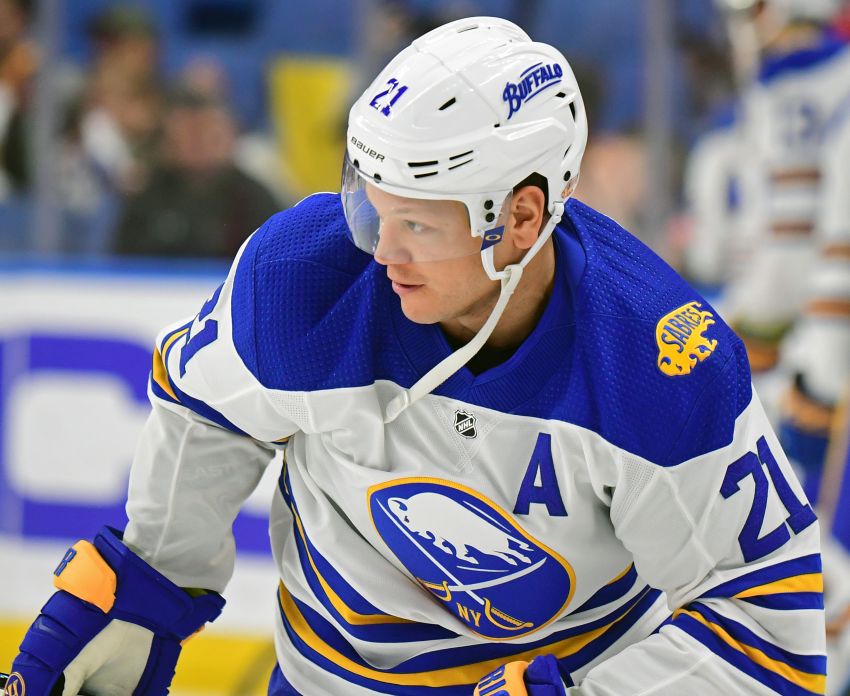 BUFFALO – When Sabres winger Kyle Okposo suffered his second concussion in less than a year, his mind raced back to his frightening experience last season.

Last March, a concussion forced Okposo, 29, to be hospitalized in intensive care. So following his collision with Senators winger Bobby Ryan last week in Ottawa, he thought the worst.

“That kind of runs through your mind, ‘Oh no, I hope it doesn’t happen again,’ and, ‘Here we go,’” an upbeat Okposo said Friday after practicing with his teammates for the first time since getting hurt March 8. “But it wasn’t really like that.”

Unlike last season, Okposo said he didn’t have many symptoms. Naturally, he felt dizzy – “The impact was really hard,” he said – immediately after the hit. But the concussion never affected his mood or sleep.

“When I was OK, then I was waiting for symptoms to come on,” Okposo said. “Just when I didn’t (feel them), I felt pretty good and I kind of went from there.”

Of course, Okposo and the Sabres want to make sure he takes the proper time to recover.

“It’s just protocol and precautionary,” Okposo said of the process. “Obviously, with everything that happened last year I wasn’t going to push it, I was going to make sure I was 100 percent and had no ill effects. I’m feeling good and happy to be back.”

While Okposo went through a full session Friday inside HarborCenter, he skated at defense.

Housley said last week he was encouraged by how Okposo looked shortly after the hit, a sign his recovery could be short.

“That night I thought he was in a pretty good spot,” Housley said Friday. “I can see that he’s responded really quickly getting back right now. He’s in a good area right now.”

Given what Okposo endured after suffering a concussion last March, the NHL community was concerned for him.

“Obviously, my teammates were worried,” Okposo said. “I got a lot of texts from just people, guys from the league wanted to make sure I’m OK. I’m happy to report that I’m good to go.”

Okposo, who’s often critical of his game, tried to use the time off to his advantage and evaluate his game.

Following a slow start this season – he mustered only two assists in his first 10 outings – he caught fire, looking like his old self offensively. He has scored 11 goals and 38 points in 65 games.

Still, he has struggled defensively, compiling a ghastly minus-29 rating, which is tied for last among NHL forwards.

“Being out a week, I’ve been able to reaccess the year and where I’m at and where my game’s been at this year,” he said. “It was a really good time to just reflect and kind take some realizations in on what I need to do to get back to what I need to (do) … on a more consistent basis.”

In other injury news, top center Jack Eichel, out the last 15 games with a high right ankle sprain, went through his third full practice this week. He pivoted Zemgus Girgensons and Jason Pominville on Friday, a regular line, a sign he could be nearing a return.

“We’ll reevaluate that tomorrow, we’ll see what the day brings,” Housley said. “It was another good practice, a lot of bumping and grinding. We’ll see how his ankle responds to that.”

The same old Blackhawks aren’t making their annual visit to Buffalo. At 30-33-8 with only 68 points, they rank seventh in the Central Division. The graying team with three Stanley Cup victories since 2010 will almost certainly miss the playoffs.

The core stars of those championships clubs – captain Jonathan Toews (29 years old) and defensemen Duncan Keith (34) and Brent Seabrook (32) – are starting to age.

South Buffalo’s Patrick Kane, however, has compiled 25 goals and 67 points in 71 games this season.

“Anytime your starting goalie misses a substantial amount of time it’s difficult to recover from that,” Okposo said. “I’m sure they didn’t envision this happening.”