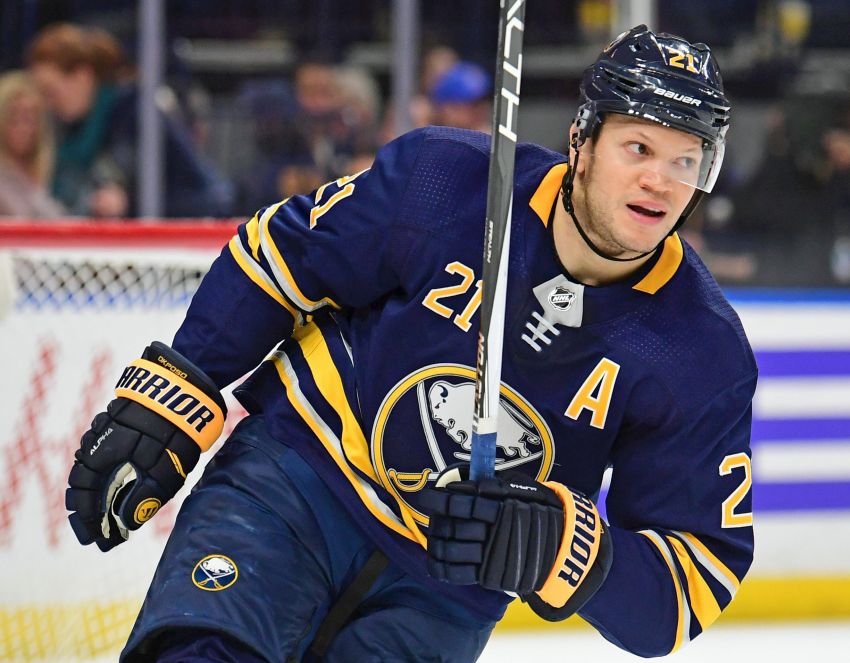 BUFFALO – Considering everything Kyle Okposo has endured over the past year, the Sabres winger said he’s “pretty happy” looking back on his season.

Exactly one year ago, Okposo was hospitalized in intensive care after suffering a scary concussion. Hockey was an afterthought.

But Okposo recovered, and in 2017-18, his second season with the Sabres, the former NHL All-Star played 76 games.

“I played a full season,” Okposo said Monday as the Sabres cleaned out their lockers and held exit interviews inside KeyBank Center. “I didn’t know if I was going to be able to at this time last year and I wasn’t even thinking about hockey, honestly, at this time. Then I didn’t really start until about June.”

Starting his offseason training regimen so late hurt Okposo. He struggled early and looked a step behind, mustering just one assist in his first nine outings.

Okposo found an offensive groove during the winter, piling up points. He finished with with 15 goals and 44 points, numbers below his regular output but good enough to rank sixth and fourth on the Sabres, respectively.

Throughout the campaign, Okposo offered critical analysis of his performance. So while he’s happy he made it through the year – he suffered another concussion in March but missed only three games – he’s not exactly thrilled with his play.

“I just need to get back to having a good summer of training,” he said.

In the modern NHL, a poor offseason of training – or, in Okposo’s case, a short one – can leave you behind.

“This summer, it’s going to be a lot more focused on my body and getting my body where it needs to be,” Okposo said. “I played through a lot of stuff this year. There’s reasons for that, because the training wasn’t there. I didn’t have that base, I didn’t have the mechanics.

“I felt really disjointed this year and I think it reflected in my play. So I’m just going to work, I’m going to get back to doing what I can do best. I’ll take a couple weeks here but I’m going to get right back at it.”

Okposo, who turns 30 years old on Monday, plans to tweak his training to “fix” his skating, which he acknowledged “wasn’t very good this year.”

“I felt disconnected, so I want to focus on that and just getting back to being able to play at a high level all the time,” he said. “I just didn’t feel like I had it this year.”

Few Sabres had it this year, which is why they finished a ghastly 31st. Okposo signed a seven-year, $42 million contract in 2016 because he believed the Sabres were closer to contending for the Stanley Cup than the New York Islanders, his old team.

So does Okposo regret joining the Sabres?

“It’s one thing to realize that you need change, but it’s another thing to actually do it. That’s going to be the big step.”