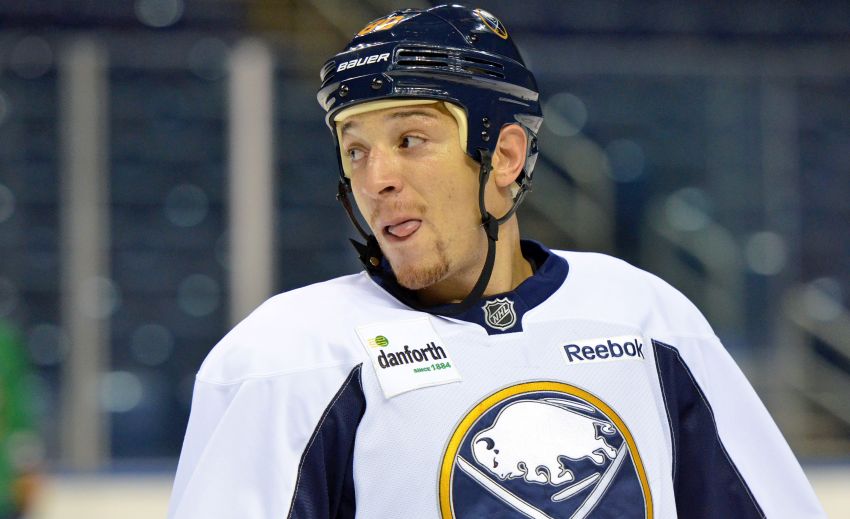 BUFFALO – Ted Nolan’s response raised some eyebrows. Coaches, after all, rarely acknowledge they have players who are ready to leave town.

But Tuesday in Montreal, hours before the Sabres’ 3-2 win ended their 14-game losing streak, Nolan, whose rebuilding club will likely be selling off assets soon, went a step further.

“We got some guys who could be very beneficial to some playoff teams,” Nolan replied when asked if coaching could be tougher because some players know they might be moved. “I’m quite sure they’re anxious and think about it on a daily basis. I mentioned to a couple of them, the only way you’ll see that is not hoping, but to make it happen and to play well and maybe someone wants you. If not, make us want you. It’s a catch-22.”

So Nolan has basically told some players, “Hey, if you want out of this, get it together.” Sure, it’s a bit odd for a coach to admit that publicly. But this season has been anything but normal for the Sabres, who host the scorching St. Louis Blues tonight, the start of a five-game home stand.

Despite their NHL-worst 15-33-3 record, the Sabres have talent other teams will try to pry before the March 2 trade deadline. Their roster could look dramatically different in 25 days.

While players won’t say it, some clearly have one foot out the door. Here are some upcoming unrestricted free agents who could be skating somewhere else soon.

Winger Chris Stewart: After slumping for months, the 27-year-old has finally starting producing, scoring four goals and six points in the last six contests. Even as he struggled early in the season, rumors swirled teams coveted the power forward. Why? With two 28-goal seasons, he’s a proven scorer. Stewart scores all sorts of goals, using his 6-foot-2, 231-pound frame to bull his way to the net or slickly split defenders.

Stewart’s enjoying his best stretch in more than a year and is back on the top line. His value will likely never be higher for the Sabres.

Center Torrey Mitchell: The 30-year-old has quietly become one of the Sabres’ top forwards, playing both center and wing. On another team Mitchell would likely be a third- or fourth-liner. On the Sabres, however, the versatile checker has been a second-line pivot much of the season.

Mitchell fits in well with the Sabres and has become one of Nolan’s favorites. It wouldn’t be surprising if general manager Tim Murray traded Mitchell and re-signed him later, something he did with winger Matt Moulson last year.

For a contender, Mitchell could be a valuable depth forward.

Goalie Jhonas Enroth: The 26-year-old’s value was never more evident than late in Tuesday’s win, when he made 14 of his 32 saves during a wild third period. On the surface, Enroth’s number’s – 12-19-2, 3.38 goals-against average and .900 save percentage – look bad. But he’s played like a strong No. 1 goalie most of the season under an incredible amount of work.

The Swede has value. But the Sabres don’t have any potential replacements in the pipeline to replace him. They would be wise to lock him up soon instead of trading him. Enroth would be arguably the best goalie on a weak market this summer.

Winger Drew Stafford: The 29-year-old, the longest-tenured Sabre, could be nearing the end after nine seasons. He played well after Nolan took over last season, performing like a 25- or 30-goal power forward for months. But Stafford has been inconsistent this season, compiling only eight goals and 23 points in 46 games.

Stafford probably has some value for a contender looking for a rental to add scoring depth.

Goalie Michal Neuvirth: Injuries are ruining the 26-year-old’s career. He often looks like a No. 1 netminder, yet hasn’t stayed healthy enough throughout his career to keep the job long.

The Czech suffered a season-ending hip injury shortly after the Sabres acquired him from Washington late last season, then he got hurt in November (allowing Enroth to steal the job back) and again late last month working out during the NHL All-Star break.

Neuvirth could still be an intriguing option for a team with goaltending needs.

The Sabres, who had Wednesday off, have sent goalie Matt Hackett back to the Rochester Americans, meaning Neuvirth has likely healed from his lower-body injury.

Defenseman Tyson Strachan: Blue line depth is always at a premium down the stretch and in the playoffs, so the 30-year-old, who has been solid for the Sabres at times, could have some value.

Defenseman Andre Benoit: The 31-year-old has been a colossal disappointment for the Sabres, becoming a regular healthy scratch. Still, he enjoyed a strong season last year in Colorado, scoring 28 points while skating more than 20 minutes a game. In the right situation, perhaps he might thrive again.

Former Sabres captain Steve Ott, who was traded Feb. 28, will play his first game back in Buffalo. Former Sabres goalie coach Jim Corsi will also return for the first time.

Sabres prospect Mikhail Grigorenko suffered a lower-body injury and isn’t on Rochester’s current road trip, according to the Democrat and Chronicle. The center will likely be out two weeks.

Grigorenko hurt his knee Friday in Syracuse, according to WHTK’s Rob Sanderson.

Hackett played one game, Friday’s 5-2 loss in Vancouver, making 33 saves. He recently returned to game action in the AHL after tearing up his right knee late last season.