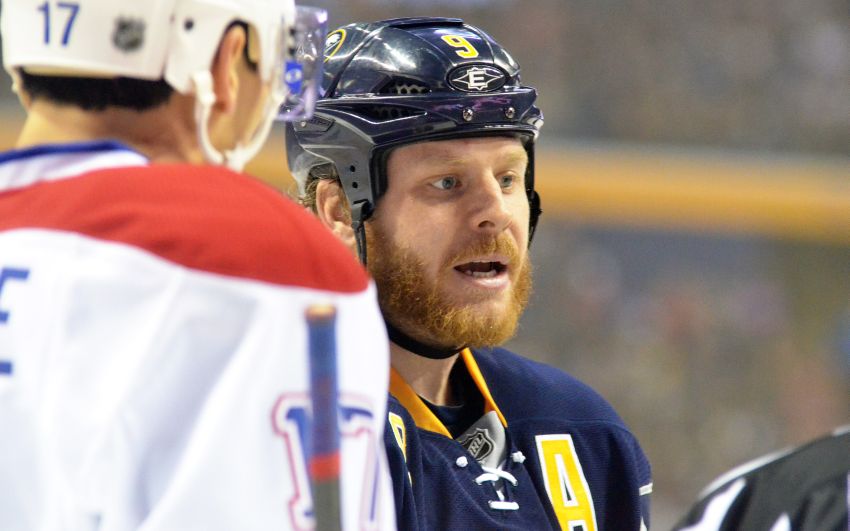 BUFFALO – The Sabres have shattered the widespread belief they would finish a lost season meekly and perhaps contend for a lottery pick instead of making an unlikely run at the Eastern Conference’s final playoff spot.

In dealing captain Jason Pominville and two other respected veterans for draft picks and prospects prior to the April 3 trade deadline, general manager Darcy Regier openly talked about the future and shifting the focus to next season.

The current campaign, most believed, was all but over.

Barely two weeks later, the 10th-place Sabres, winners of three straight games and six of the last eight, are in the thick of the playoff chase with four games remaining.

“They still believe with every ounce of their body that they’re going to be in the playoffs,” said interim coach Ron Rolston, whose Sabres host the eighth-place New York Rangers tonight. “You just feel it on the bench.”

Tonight’s tilt against the Rangers inside the First Niagara Center is huge. The Rangers defeated the Florida Panthers 6-1 on Thursday, opening up a four-point lead (48-44) on the Sabres.

A victory keeps the Sabres’ slim playoff hopes alive. A loss kicks them out of the race.

The Sabres basically need to run the table in regulation and get some help to have any chance at the final spot.

“Obviously, (tonight’s) game is pretty much our season in (the) aspect of where we are, if we can continue this push,” Sabres winger Steve Ott said Thursday following the Sabres’ short practice inside the Northtown Center in Amherst. “It’s a huge game that we all have to be ready for just as if it was the last game for our lives. For us, that’s a mindset we have to take.”

Ott added: “We all want a chance at the dance.”

How have the Sabres kept climbing?

Not only is Pominville, arguably the team’s best all-around player for years, gone, so are defensemen Jordan Leopold and Robyn Regehr. Tyler Myers, their alleged franchise defender, is finished for the season after breaking a bone in his leg in last Thursday’s 5-1 loss to Montreal.

But the Sabres allowed only one goal while beating Philadelphia and Tampa Bay at home over the weekend before Wednesday’s emotional 3-2 shootout win in Boston, a game they tied on the power play with 27 seconds left.

“I think people have thought we were done for a long time,” Rolston said. “But I think the guys in the room have a lot of resolve. I think they’ve built that up over the course of the year. Each event that happened to them has kind of made them stronger and been able to bounce back from adversity even more so. The experiences they’ve went through and how they’ve stuck together is a credit to them. …

“When I got here, when bad things happened, they reacted a whole lot differently than they do now. And that’s part of how resilient they are and they just find a way.”

Players have seized the opportunities the departures created.

“That’s the message since Day One we had when we started trading people away for picks,” Sabres winger Thomas Vanek said. “It’s just new opportunities. Keep going. It’s not over until it’s over.”

Sabres rookie Brian Flynn added: “Everyone’s just kind of buying into how we have to play to win hockey games.”

Don’t forget, there’s still the ninth-place Winnipeg Jets, who visit Monday. The Rangers and Jets (48 points) have only played 43 games. Destiny is out of the Sabres’ hands.

“We need help,” Ott said. “With (teams ahead) having games in hand, we definitely need help.”

Vanek has told teammates “we can only control how we play and how we get points.”

“We have done, for the most part since the trade deadline, our part,” he said. “The rest is not up to us.”

That’s why Rolston would consider pulling his goalie at the end of a tie game in regulation. The Sabres need to need keep the Rangers and Jets from getting a consolation point.

“You have to think everything at this time of the year,” Rolston said. “I don’t think you can erase the fact that we have to get every point, and you have to do what you have to do to get those points.”

Rolston and his players said they would be cheering for the Panthers on Thursday.

“Any opponent that’s playing somebody in front of us we’re probably a fan of at this part of the year,” Rolston said.