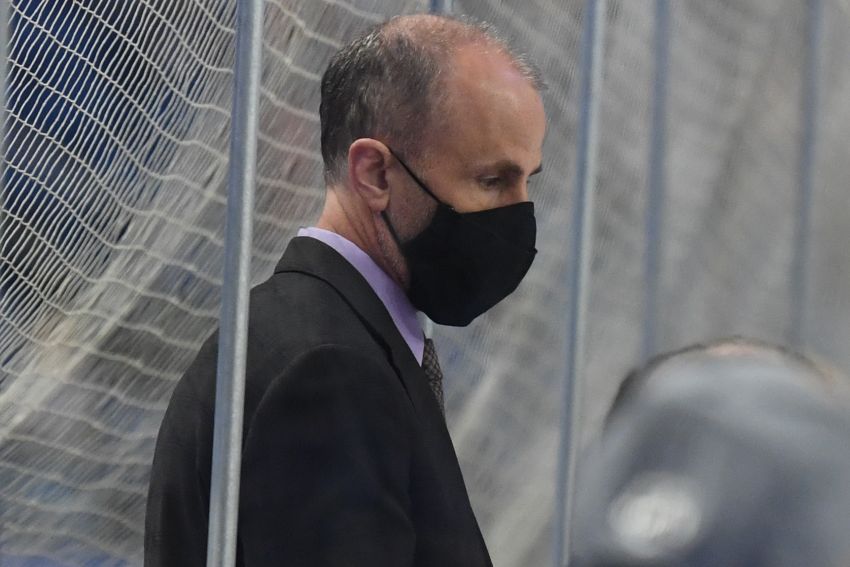 Despite having interim status, Don Granato took a broad approach as Buffalo Sabres coach, opting for building and development over simply trying to win some games.

Granato’s job leading the Sabres under difficult circumstances – he inherited the team 12 contests into an 18-game winless skid – earned high marks from Sabres general manager Kevyn Adams and many of the young players who thrived under his watch.

“Donnie and the coaching staff did a tremendous job under very challenging circumstances,” Adams said. “The conversations I had with Donnie before the decision was made (to fire Ralph Krueger on March 17), I asked him some hard questions and he delivered on that. It was a situation that he has a lot of experience, guys. You know his track record. He has an experience of working with young players.

“What I think he did very well was crystal-clear communication on expectations of how each individual was going to play and what the expectations are from how the team was going to play. I also don’t want to discount how impressive of a performance in my mind the rest of the coaching staff stepped up.”

After losing their first six game under Granato, the Sabres finished the year on a 9-11-2 run. Some talented youngsters, including defenseman Rasmus Dahlin, center Casey Mittelstadt and winger Tage Thompson, buoyed the late-season revival.

“We saw better results, data, obviously,” Granato said. “And you saw, I’m sure, just in exit interviews, especially with the younger guys, they have a vision and an energy and a passion to move forward. They’re excited, but that excitement, I think, is not be confused with satisfaction. They are not satisfied. Nobody here is satisfied. But you see and feel the confidence and belief system has changed.

“Our ability to make adjustments from game to game, between periods, those are real key components to future success, future growth.”

Adams said he sat down with Granato, 53, earlier this week and explained his process for finding a coach. He has said Granato is in the mix for the permanent job. He doesn’t have a timeline for hiring someone.

“I told Donnie, selfishly, I learned a ton through the coaching search process that we went through in the American Hockey League with Seth Appert ultimately being named (Rochester Americans coach),” Adams said. “I talked to a lot of different people. Every one of those conversations I learned from and I’ve said from the beginning that I want to talk to a lot of people with our current situation in Buffalo.”

Adams said Granato “believes he’s ready and capable of being a head coach of this team.”

Granato doesn’t know if he would stay on as an assistant in Buffalo, his previous role, under another head coach.

“That’s, I guess, not something I could answer until I see how things proceed,” he said. “It’ll be a feel. I’m most comfortable in the position as a head coach, I can assure you that, because I’ve done it for years and years and had success doing it.”

Granato said he thinks as a head coach, even when he’s an assistant.

“I’ve always done that,” he said. “I took a head coaching job in my early 20s just because I knew that was my passion, being a head coach, and it is. It’s a different position than an assistant coach, dramatically different.”

One thought on “Sabres’ Kevyn Adams praises Don Granato, will talk to other candidates”