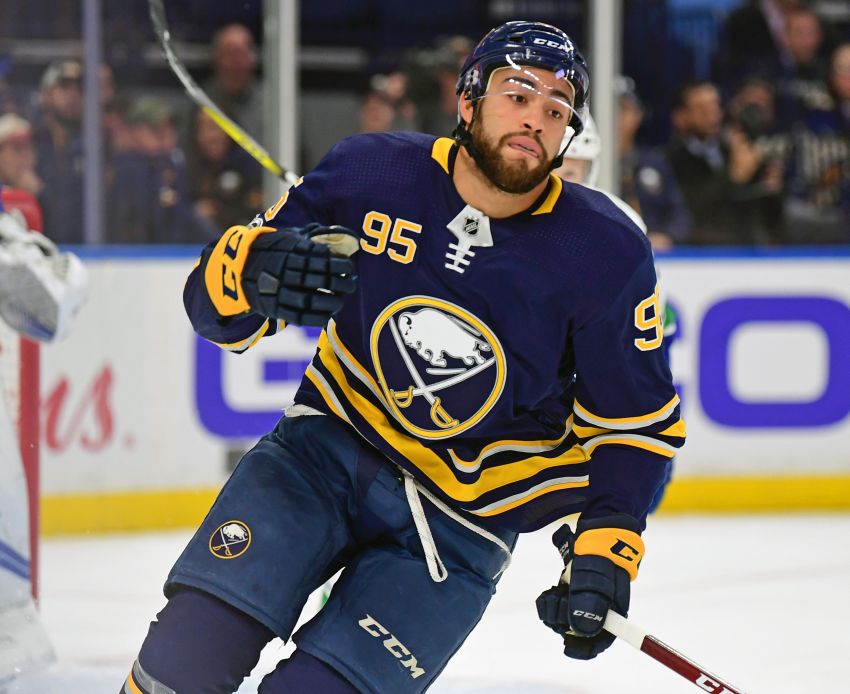 BUFFALO – Finally, after a 21-game goalless stretch in the AHL, Sabres winger Justin Bailey recently started performing like his old self.

Prior to getting summoned Friday, the Williamsville native had four goals and five points in the last five games with the Rochester Americans.

A high ankle sprain he suffered during his last recall helped derail Bailey’s promising season. He struggled to recover from one of hockey’s trickiest injuries, looking nothing like the youngster who scored 20 goals in each of his first two AHL seasons.

“Those high ankle sprains, they can be fickle,” Sabres coach Phil Housley said this morning inside KeyBank Center. “You can tweak them, it’s a nagging injury. But he’s finally found his stride, and that’s why he’s going to get an opportunity.

“When you miss time like that, you forget how to play a little bit,” he said. “Just doing the right thing, using my speed, using my size, making sure I was hard on the forecheck and letting my skill do the rest.”

This afternoon’s tilt against the Vegas Golden Knights will be Bailey’s first appearance with the Sabres since Oct. 28.

“It’s nice, it’s definitely something I wanted to happen at some point before the end of the year,” Bailey said of getting recalled.

Bailey, 22, has scored two goals and three points in seven NHL games this season. He has compiled six goals and 10 points in 27 appearances with the Amerks.

In other news, Housley said goalie Robin Lehner will start this afternoon. Defenseman Nathan Beaulieu, a healthy scratch Thursday, will move in for Justin Falk. Defenseman Victor Antipin will also be scratched.