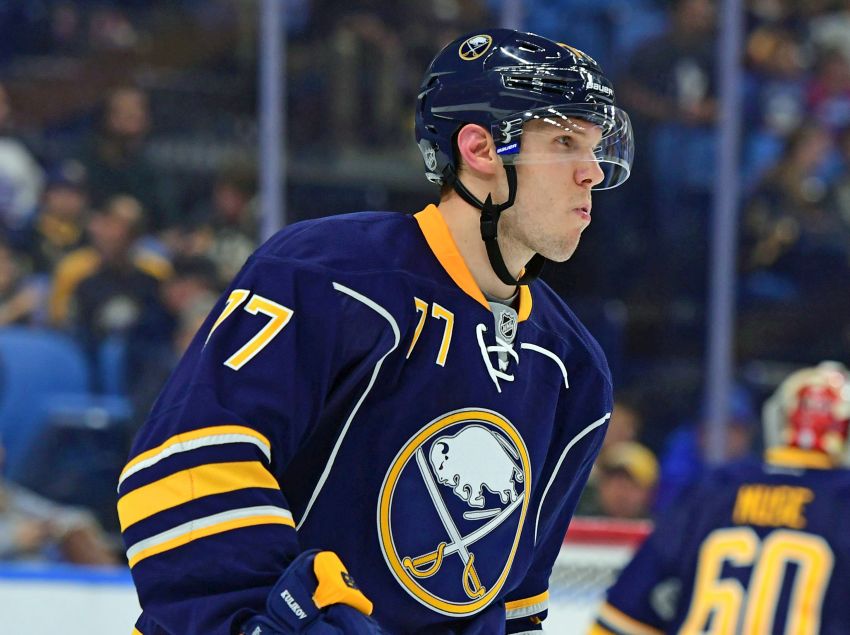 BUFFALO – Sabres defenseman Josh Gorges has a non-displaced fracture in his foot and will be sidelined “weeks,” coach Dan Bylsma said this afternoon.

There is, however, some good news for the Sabres’ beleaguered blue line. Dmitry Kulikov, out the last 11 games with a back injury, practiced today inside HarborCenter and is day-to-day, Bylsma said.

Still, it appears unlikely the Russian will return for Monday’s game in Washington. Later in the week appears to be the likely target date.

Incredibly, the Sabres, down three of their regular defensemen, might have to recall another one before the game.

Defenseman Taylor Fedun is questionable for the game getting hit in the corner late in Saturday afternoon’s 2-1 loss to Boston.

The Sabres already dipped into junior hockey to boost their defense, summoning Brendan Guhle after Gorges blocked a shot in Thursday’s 4-3 win against the New York Rangers.

Which defenseman could be recalled next? Perhaps Rochester Americans veteran Erik Burgdoerfer, 27, who has never played an NHL game.

Kulikov, meanwhile, hasn’t felt well since his lower back endured the brunt of the impact when he was knocked into an open bench door Sept. 30.

“It’s actually been bothering me since training camp,” Kulikov said. “It’s been getting worse to the point where it’s been interfering with the day-to-day life. I made a decision to get an injection. Sometimes it works right away; sometimes it takes a couple weeks to work. … It was just frustrating to wait.”

He added: “Going through this for the first time, sometimes I didn’t know how to handle it. The next day I woke up and it was worse than ever. It was up and down and gradually getting better.”