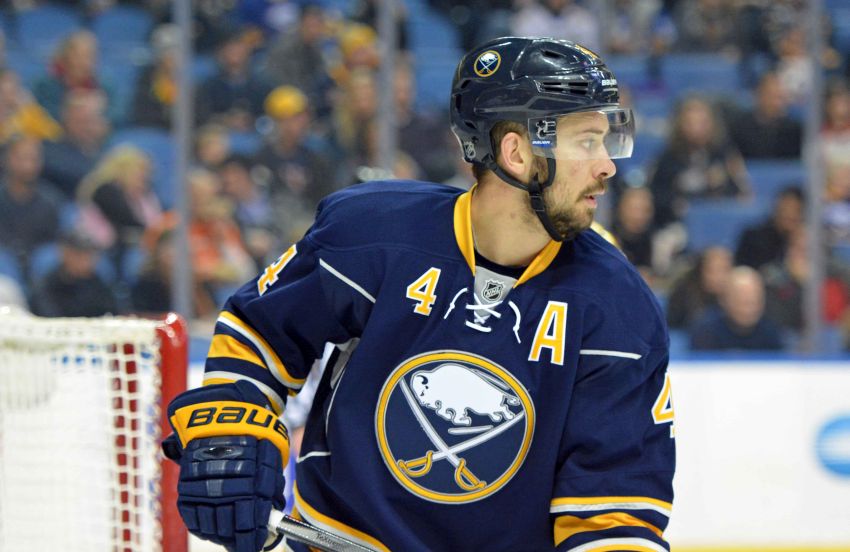 BUFFALO – A player’s mind stays focused on the current season, Sabres defenseman Josh Gorges said. Athletes live in the present. They don’t think a year ahead like their team’s brass.

“You come in with a mindset of we’re going to win, we’re going to try to win,” the veteran said Sunday morning as the Sabres cleaned out their lockers following a 30th-place finish. “As players, our job is not to play for the future and play for development of players. It’s just to compete every night and have the two points every game.”

This season, of course, wasn’t about winning, something players grasped early on. The Sabres won an NHL-low 23 times, earning only 54 points, two more than last year.

Along the way, Gorges said, players lost sight of their main duty. Their professionalism suffered as the team’s higher-ups chased a draft pick.

“We lost that idea of what being a professional athlete is supposed to be,” he said. “It’s not about just showing up, putting your time in, punching the clock. There’s work.”

There’s lots of work ahead for the Sabres, who fired coach Ted Nolan hours after Gorges spoke.

To Gorges, who underwent micro-fracture surgery in February and will be sidelined until mid-August, another wretched season presents an opportunity.

Naturally, players hope the worst of the Sabres’ rebuild is behind them. Two years of constant losing and “tanking” talk all season has taken its toll.

“It stinks losing,” Sabres winger Patrick Kaleta said. “I hate it. I don’t like it. I think a couple of these guys know how much I hate it. I take pride in wearing that Sabres crest, and if you don’t and you accept losing, I don’t think you’ll be a successful person in life.”

“We had a lot of time to reflect on that during the year,” he said. “It’s frustrating, but we made the most of it.”

He added: “(Losing’s) not acceptable. It needs to hurt. It does hurt, and we need to get the winning mentality in here and back.”

The Sabres should improve next season. Still, they finished 48 points out of the last playoff spot. They could feasibly win 20 more games and not sniff the postseason.

Reinforcements are coming. The Sabres could have a slick 18-year-old center in Connor McDavid or Jack Eichel, winger Evander Kane and No. 2 pick Sam Reinhart – if he’s ready – in the lineup next season.

“I see a lot,” Ennis said about the future. “I see a lot of optimism, excitement. There’s a lot of guys that a lot of people, including myself, are looking forward to seeing play and if they’ve improved. I wish it was September right now.”

But the Sabres are entering an uncertain offseason. The roster turnover could be significant. They finished the season with several AHL players skating big minutes. They need a coach.

“Teddy’s a great guy,” Sabres captain Brian Gionta said before Nolan was let go. “I got a lot of respect for him. It was a tough situation for everybody involved in this room.”

That room must have the right people in it, Gorges said.