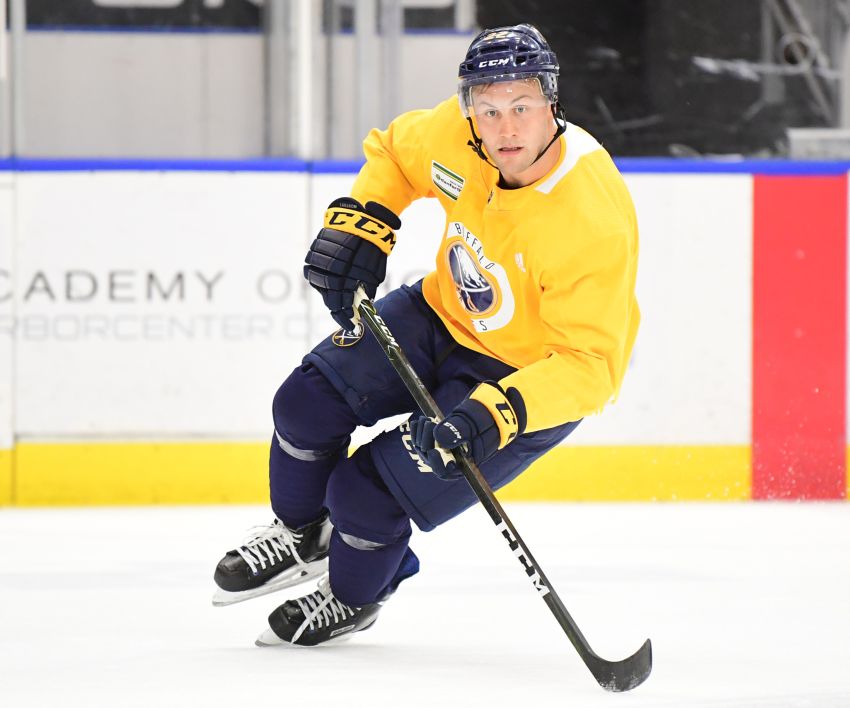 BUFFALO – In his brief time with the Sabres, center Casey Mittelstadt has never even practiced beside Johan Larsson, who will return from a lower-body injury tonight.

While the Sabres used the same lineup in two straight wins, coach Phil Housley wants to give Larsson, 26, a look. So the Swede, who usually plays center, will skate at left wing beside Mittelstadt and Tage Thompson tonight against the Colorado Avalanche inside KeyBank Center.

Larsson, who will replace newcomer Remi Elie, can lend some experience to a line that features two neophytes.

“He’s been out for over two weeks now and he’s worked his way back in,” Housley said of Larsson. “We want to get him back in the lineup, get him a game. He can help out on the faceoffs, help out on the penalty kill. And he’s playing with Casey and Thompson tonight, which I think will bring some stability to that line.”

Mittelstadt, 19, is only nine games into his NHL career. The former eighth overall pick knows Larsson can help him.

“It’s huge,” Mittelstadt said of Larsson’s presence. “Obviously, he’s played center and wing in his career, so it definitely helps me out a lot. If he’s back first, he can go low and I can cover his spot on the wing. “He’s a good faceoff guy, too, so that helps me as well. …

Larsson, one of the longest-tenured Sabres, hurt himself blocking a shot in a Sept. 26 preseason game. He’s comfortable playing on the side.