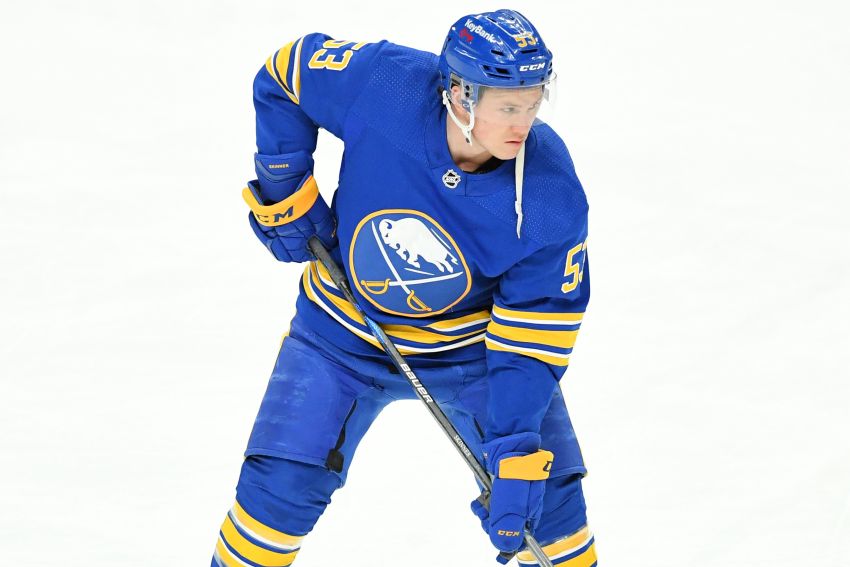 Jeff Skinner has struggled over the past two seasons. ©2021, Micheline Veluvolu

Skinner’s decision is significant. The Sabres can use his spot to protect a young forward – perhaps Rasmus Asplund, Anders Bjork or Tage Thompson – who could’ve been exposed to the Seattle Kraken next Wednesday.

Under the draft rules, teams must protect seven forwards, three defensemen and one goalie or eight skaters and one goalie. First- and second-year pros don’t qualify.

Teams must submit their protected lists by Saturday.

Every team except the Vegas Golden Knights, who entered the NHL in 2017 and are exempt, will lose one player in the draft.

Kraken general manager Ron Francis and ex-Sabres GM Jason Botterill, one of his assistants, know Skinner well. Skinner played under Francis with the Carolina Hurricanes before Botterill acquired him in 2018 and signed him to a long-term contract following a career-best 40-goal season.

Given Skinner’s massive price tag and his declining production, it seems unlikely the Kraken will claim him.

Sabres general manager Kevyn Adams still must make some difficult decisions in the coming days. While it appears captain Jack Eichel and center Sam Reinhart will be traded this summer, a deal would likely take place after the expansion draft, meaning they must be protected.

The Sabres will likely lose a player they consider an asset. If they protect Asplund, Bjork and Thompson, winger Zemgus Girgensons could be exposed. If they protect defensemen Rasmus Dahlin, Henri Jokiharju and Rasmus Ristolainen, defenseman Will Borgen might be available.

Adams might swing a side deal so the Kraken lay off a player. In 2017, Botterill sent the Golden Knights a sixth-round pick so they did not draft goalie Linus Ullmark. Instead, they took winger William Carrier.