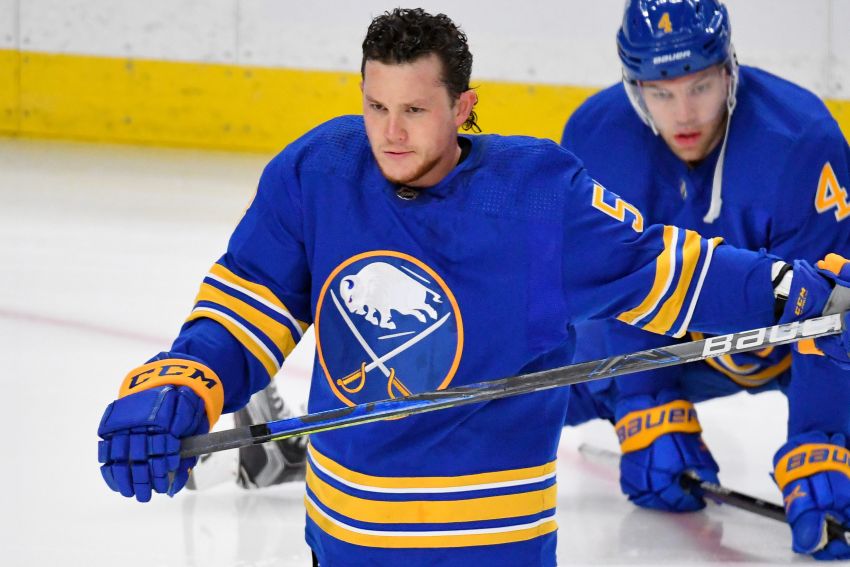 After the session ended, coach Ralph Krueger said the 13 forwards on the ice would either play or warm up tonight.

So where was Skinner? Krueger said he skated with the taxi squad this morning.

Right now, Skinner, who will be a healthy scratch for the third consecutive game tonight, can’t even crack the Sabres’ main practice group.

Still, Krueger bristled when asked if the veteran was in his doghouse.

“Number one, I don’t have a doghouse,” Krueger said on a Zoom call after the Sabres prepared for the New Jersey Devils. “I don’t know, really, what that is. My job every single morning is to continually try to do what’s best for the Sabres with all the information that we have and my trusted circle of coaches and (general manager) Kevyn Adams and the discussions we have. …

“Every decision is made for the whole, for the group and the mix of our 12 forwards is as complex as it’s ever been because of the taxi squad. We have a huge luxury this year of having multiple extra players around the group, around the team, in practice and we get to see their energy. The way the 12 forwards evolved together the last two games, it’s been for what we feel is best for the group on this given day.”

Krueger has given no indication when Skinner, who’s in the second season of an eight-year, $72 million contract, could return. Rasmus Asplund, Casey Mittelstadt and Tage Thompson have all surpassed him on the depth chart.

Skinner, 28, had never been scratched in his 11-year NHL career before Monday. He has scored zero goals in 14 games this season.

Krueger said “the decisions are more for the players that are in the lineup than against anybody else.”

In other news, defenseman Rasmus Ristolainen had his first team skate this morning since returning from a rough battle with COVID-19. Ristolainen won’t play tonight.

“Right now, I feel really good,” Ristolainen said. “(My) energy level has been getting better every day (for the) last six days I’ve been skating and working out. So that’s all good. Yeah, it’s been a long three weeks, and really tough the first two weeks.

“It was kind of hard because how I kind of felt was kind of like you didn’t know what to expect the next day.”

Check back for more from Ristolainen.

Meanwhile, Krueger said captain Jack Eichel will play tonight after having the morning off for maintenance.

“We just wanted to test it,” Krueger said of Rieder’s injury.

Goalie Linus Ullmark, who started Monday and Tuesday, also did not skate this morning.